The number of new HIV infections in Scott County, Indiana, has risen to 142, prompting local and state officials to call it a public-health emergency.

A new report released by the federal and state health officials on Friday reveals disturbing trends in injection drug use in a county of only 4,200 people. Scott County has historically reported less than five new cases of HIV each year, making the new tally of 142 all the more alarming. Health experts say the recent outbreak is reflective of a growing drug epidemic nationwide.

“There are children, and parents and grandparents who live in the same house who are injecting drugs together sort of as a community activity,” said Dr. Joan Duwve, the chief medical consultant for the Indiana State Department of Health, at a press briefing. “This community, like many rural communities, especially those along the Ohio River and Kentucky and West Virginia, has really seen a lot of prescription opioids flooding the market. With few resources [and] not a lot to do, the use and abuse has been occurring for at least a decade and probably longer.”

Health officials note that like many other rural counties in the U.S., Scott County has high unemployment, high rates of adults who have not completed high school and a large proportion of residents living in poverty with limited health care access. The report underlines the fact that the county consistently ranks among the lowest in Indiana for health and life expectancy.

“The outbreak highlights the vulnerability of many rural, resource-poor populations to drug use, misuse and addiction,” said Duwve.

The ages of the men and women diagnosed with HIV in Scott County range between ages 18 and 57. The health officials report that no infants have tested positive, though a small number of pregnant women have. Ten women in the cluster were identified to be sex workers. Around 84% of the patients have also been infected with hepatitis C. Eighty percent of the patients with HIV have reported injection drug use and among those people, all of them have reported dissolving and injecting tablets of oxymorphone. Some also reported using methamphetamine and heroin.

Dr. Jonathan Mermin, who runs the CDC’s National Center for HIV/AIDS, reminded reporters that the United States is facing an epidemic of prescription opioid abuse. “An estimated two million people are dependent on or abuse prescription opioids nationally. So while opioid pain relievers can play an important role in the management of some types of pain, the overprescribing of these powerful drugs has created a national epidemic of drug abuse and overdose,” he said.

The CDC estimates that nationwide about 3,900 new HIV infections each year are attributable to injection-drug use, which is down nearly 90% from a peak of about 35,000 in the late 1980s, says Mermin. He adds that opioid poisoning deaths in the United States have nearly quadrupled from 1999 to 2011. This epidemic has already played a major role in a growing epidemic of viral hepatitis among people who inject drugs with a 150% increase in reports of acute hepatitis C nationwide between 2010 and 2013.

State health officials and the CDC are working together to control the outbreaks of HIV and hepatitis C. The state has launched a public health campaign to notify residents of the support available to them: lab testing and treatment, referrals to addiction services and employment, and help with insurance registration. The state initially declared a 30-day public health emergency for Scott County on March 26, but expanded the executive order another 30 days. “I want to assure everyone [that] the state of Indiana will not abandon this community once the executive order is over,” said Dr. Jerome M. Adams, the Indiana State Health Commissioner.

The CDC also released a health advisory on Friday, and is asking states to look closely at their most recent data on HIV and hepatitis C diagnoses, overdose deaths, admissions for drug treatments, and drug arrests in order to help identify communities that could be at high risk for unrecognized clusters of the infections.

“We must act now to reverse this trend and to prevent this from undoing progress in HIV prevention to date,” said Mermin. 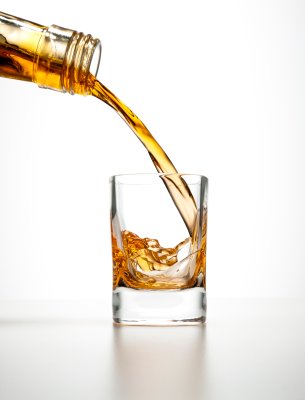 Here's Where Americans Binge-Drink the Most
Next Up: Editor's Pick