Here's Where It's Legal for Women to Go Topless in the U.S.

Local officials in the Venice Beach neighborhood of Los Angeles voiced support this week for allowing women to sunbathe topless, calling the move “a serious equality issue” and citing the city’s Italian namesake as one of many European regions where toplessness is socially acceptable. But topless sunbathing is illegal in the city and county of Los Angeles, and the local disagreement is just the skin of a patchwork of nudity laws and customs that vary by state and municipality across the country.

The vast majority of states actually have laws on the books making clear that women can’t be arrested under state law solely for being topless in settings where it’s OK for men. But many local ordinances ban the practice anyway. And there’s plenty of grey area for police officers to make their own interpretations and make arrests for “public indecency” or “disorderly conduct.”

Celebrities like Chelsea Handler and Miley Cyrus have been public critics of what they call a double-standard that women face when it comes to going shirtless, and have tried to get Instagram to stop taking down photos of breasts, garnering some support with the hashtag #FreeTheNipple. Scout Willis, daughter of the actor Bruce Willis, recently illustrated the point that women are technically permitted to walk the streets of New York City topless—but not to post topless photos on Instagram—by posting shirtless photos of herself on city sidewalks to Twitter.

So how to keep track of it all? The organization GoTopless, which advocates for “toplessness equality” in the U.S., has put together the map above illustrating the different laws in different states. Though green states indicate there is some degree of “topless freedom,” that does not mean it’s legal for women to go shirtless throughout the state. Local ordinances may ban or allow the practice in opposition to state law, and California is listed green despite the fight in Venice Beach. Orange states have “ambiguous laws;” in red states, female toplessness is illegal.

Even in areas with topless freedom, police officers may still arrest citizens for disorderly conduct. In in New York City, where it’s technically allowed, police officers have needed reminders that they cannot arrest women simply for going shirtless in locations where it would be permissible for men to do the same, the New York Times reports. “Simply exposing their breasts in public,” police were warned in 2013, doesn’t amount to a crime. 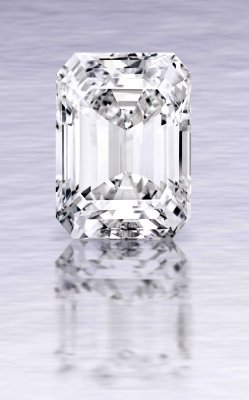 'Perfect' Sotheby's Diamond Sells for $22 Million
Next Up: Editor's Pick