Two months after the first Fifty Shades movie appeared in theaters, we already have our first photo of Jamie Dornan as Christian Grey in the sequel, Fifty Shades Darker. When the first movie comes out on digital HD on May 1, and on DVD and Blu-Ray on May 8, viewers will be able to see an exclusive first tease for the second film as well.

Access Hollywood premiered the exclusive first look on Thursday. Meanwhile, release dates were announced for Darker (Feb. 10, 2017) and the third movie, Fifty Shades Freed (Feb. 2018). Director Sam Taylor-Johnson and screenwriter Kelly Marcel will not return for the second and third movies, the New York Times reports. Instead, novelist E.L. James’ husband, Niall Leonard, will adapt the two books for film. A new director has not yet been announced, but production of both films is planned to begin next summer in Vancouver. 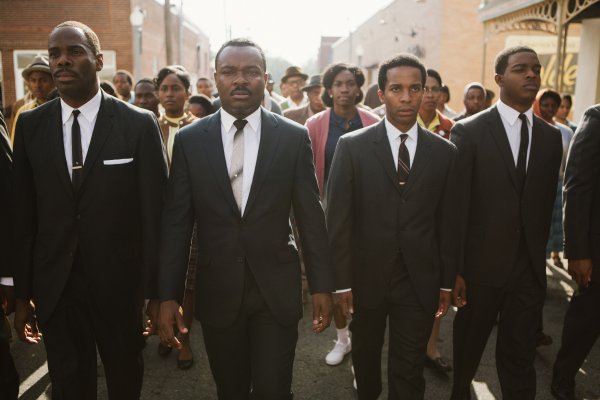 Every U.S. High School Will Get a Free Selma DVD
Next Up: Editor's Pick