Why Bruce Jenner's Interview Could Be a Watershed Moment

Bruce Jenner, the Olympic gold medalist and Keeping Up With the Kardashians TV personality, has been the subject of intense media scrutiny lately, thanks to a rumored gender transition. Jenner’s body, and the manner in which he styles it, were long the province of Internet comment sections before mainstream outlets picked up the story. On Friday night, ABC will provide a welcome conclusive answer, one way or the other, on the question of Jenner’s story, and the network has done an admirable job of presenting the news with good taste.

If ABC does indeed have the story of Jenner announcing a gender transition, it’s completely understandable that it wouldn’t want to scoop itself with an errant commercial that says too much. And so it is that the promotions for Diane Sawyer’s interview with Jenner have operated with an abundance of caution. In one recent ad for the Jenner/Sawyer special, we see Jenner saying fairly simple statements that could mean anything. On family: “Those are the only ones I’m concerned with.”

But that caution in avoiding giving away the revelation (or lack of it) that would make viewers tune in is also tasteful, and better yet, fair. A person’s coming-out may not be ideally framed on a two-hour news special, but it would certainly be decontextualized and ill-used in a 30-second promo. If, indeed, Jenner is coming out as transgender on ABC’s air, the outlet he chose has done him a service by allowing him to tell his story, in full, to the audience, without preceding “spoilers.”

And it’s doing the transgender community a service, too, by advertising the Jenner interview as it has, broadcasting to a wide audience in a nondescript manner. For readers of tabloids or gossip blogs, the non-revelations of the Jenner promos are being read as tantalizing teasers: If Jenner comes out as transgender, those viewers brought in by ABC’s say-nothing approach will be exposed to the personal story of what could be the most famous transgender person in recent history. A network that could well have sensationalized the news has, to a surprising and fair degree, toned down the provocation. Whatever happens Friday night can and will speak for itself. 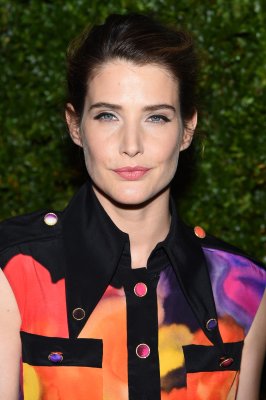 Cobie Smulders Opens Up About Ovarian Cancer Diagnosis
Next Up: Editor's Pick