The U.S. Army is investigating allegations that ROTC cadets on college campuses were told to wear high heels to an event marking Sexual Assault Awareness and Prevention Month.

The review by the U.S Army Cadet Command comes after an anonymous poster on Reddit claimed that ROTC cadets at Arizona State University would have faced disciplinary action if they didn’t attend an event on Monday called “Walk a Mile in Her Shoes,” during which students donned red high heels to “stomp out” sexual assault on campuses. The post quickly garnered attention online and pointed critics of the alleged policy to other ROTC campus units that held similar events.

In a statement shared with TIME, the U.S. Army Cadet Command said they did not direct the ROTC units on exactly how the cadets should participate in the sexual assault awareness events.

“After receiving some comments about uniforms, we are currently gathering facts in order to review how local ROTC units implemented their participation in these events designed to raise awareness on the issue of sexual assault,” the statement said.

A video posted by ASU’s student nhttps://vimeo.com/125515628ewspaper shows the event at the Phoenix university. Maj. Michelle Bravo, a military science professor at Arizona State, says in the video that the cadets “planned and decided” to host the walk, where they mostly wore khakis and polo shirts with their heels.

The Temple University ROTC hosted a similar event earlier this month, and cadets there wore their uniforms with heels as they walked. 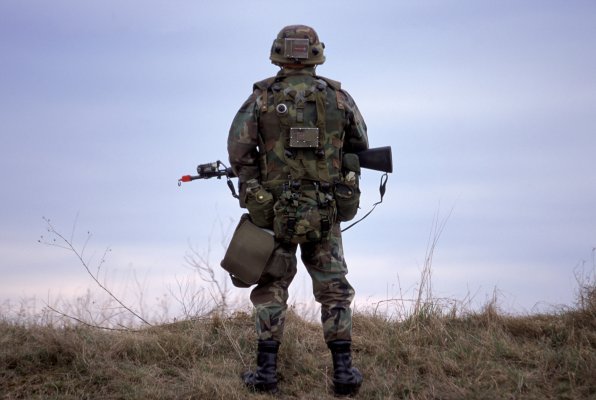 Less Than Half of American Troops Are 'Satisfied With Work'
Next Up: Editor's Pick