President Barack Obama took “full responsibility” for the death of two hostages held by al-Qaeda in a drone strike in January.

Speaking at the White House on Thursday, Obama said that Dr. Warren Weinstein, an American held since 2011, and Giovanni Lo Porto, an Italian national held since 2012, were killed in a counter-terrorism operation on an al-Qaeda compound in the border region of Afghanistan and Pakistan.

“It’s a cruel and bitter truth that in times of war mistakes, sometimes deadly mistakes, can occur,” he said. “I offer our deepest apologies to the families.”

“We do not yet fully understand all of the facts surrounding Warren’s death but we do understand that the U.S. government will be conducting an independent investigation of the circumstances,” they wrote. “We look forward to the results of that investigation. But those who took Warren captive over three years ago bear ultimate responsibility.”

“While both Farouq and Gadahn were al-Qaeda members, neither was specifically targeted, and we did not have information indicating their presence at the sites of these operations,” White House spokesman Josh Earnest said.

As of Thursday morning, Gadahn was still listed on the FBI’s “Most Wanted Terrorists” list.

In 2011, a U.S. drone strike targeted and killed Anwar al-Awlaki, a leader of Al-Qaeda in the Arabian Peninsula, a case that stirred vigorous debate in the U.S. over the killings of Americans fighting alongside terrorist groups without trial.

In his brief statement to reporters, Obama said that after reviewing “hundreds of hours of surveillance, we believed that this was an al-Qaeda compound, that no civilians were present and capturing these terrorists was not possible.”

He added that he has ordered the operations to be declassified so that they could be publicly reviewed.

He also praised the two men, noting they had traveled to Pakistan as aid workers to help those facing poverty.

“There could be no starker contrast between these two selfless men and their al Qaeda captors,” he said. 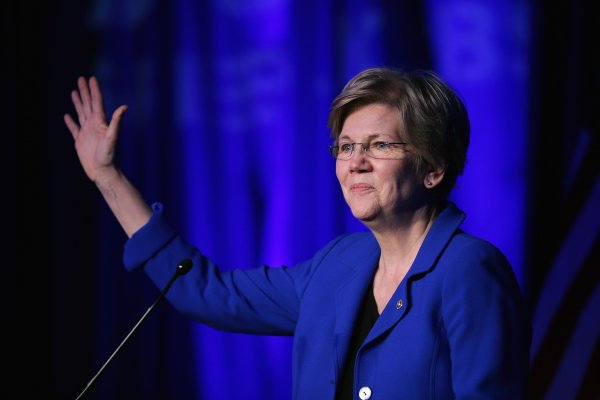 Obama Says Elizabeth Warren Is 'Wrong' on Trade
Next Up: Editor's Pick