Should You Switch to Google's Wireless Plan?

Cheaper. More flexible. More convenient. These words are like catnip for consumers, making them stare saucer-eyed and salivating at whatever possibilities come next. And that’s the promise of Google’s new wireless service, Project Fi.

But should you jump ship from your current mobile plan into Google’s boat? First read up on everything we know about the radical new plan, then consider these factors before making the leap.

If you’re an iPhone person, thanks for clicking on this story — you can move along now. That’s because to take advantage of Google’s wireless plan, you’ll have to use a Nexus 6 handset, co-developed by Google and Motorola Mobility and running Google’s Android software. So, no iOS users allowed, for now — but that leaves approximately 46.7% of mobile users for Google to woo, which is still an enormous market.

And running the latest and greatest version of Android, the Nexus 6 is an excellent smartphone, but it sure is a big fella. Actually, the technical term for a phone of its stature is “phablet,” and being part phone, part tablet, you might find the Nexus 6 a tight fit in your pants pocket. So, if that’s your preferred method of stowage, you’ll also want to pass on Google’s killer deal, at least until other phones are allowed to participate, too (Google’s offering is Nexus 6-only for now because it packs new tech making it capable of running on the plan).

Google (along with partners Sprint and T-Mobile) has done a commendable job of bringing the monthly cost of service down, but the up-front cost is fairly high compared to carriers that provide subsidized phones. To get in on the new plan, you’ll have to shell out for the Nexus 6, which starts at $649. If you already own a Nexus 6 free-and-clear (meaning you’re not contracted through another carrier), congratulations — you’re already eligible to switch over to Google’s new plan. But if you got your Nexus 6 through a deal from your current carrier, expect penalties, fees, and other financial wrangling to impede your cellular freedom. Google isn’t offering to pay switchers’ early termination fees, either.

This is where Project Fi shines. While its $10 per gigabyte rate is on par with other carriers, the key to the deal is how Google refunds users for unused data. Applying the reversed charges to the next month’s bill, Google can save you a good chunk of change on your mobile phone bill.
To find out how much you’ll save, just log into your mobile provider’s website and look at the summaries they provide. For instance, my wife and I have a 10 gigabyte Mobile Share Value plan from AT&T. But we only use six gigabytes of data, on average. (Full disclosure: I intended to sign up for their six gigabyte plan, but a promotional rate gave me 10 for the same price.) If I switched us to Google’s Project Fi, we would save $40 per month on our combined bill — that’s nothing to sneeze at.

Project Fi is refreshing because it seems to come with no strings attached, but they could have called it the Bachelor Plan, because to use it right, you really need to fly solo. Take a family of three, for instance. Sharing that 10 gigabyte AT&T Mobile Share Value plan between three off-contract phones would cost for $145 per month. But if this family was to take Google up on its offer, it would cost $20 per line for voice service before the 10 gigabytes would add an additional $100 to the bill, for a total of $160. (And that doesn’t take into account the up-front cost of three Nexus 6 phones.)

Still, there are some flaws in this math. Since Google’s new plan only charges users for the data they consume, this family might get a refund. For instance, if the family uses just seven gigabytes, their net bill would only be $130. Still, this is also a fantasy because at this time there is no Project Fi family plan, so these people would actually need three separate plans.

In other words, for people who share data, Google’s new plan might save you some money, but not enough to offset the hassle of switching, or the upfront costs of the new phones.

The game-changing feature of Project Fi is how it uses Wi-Fi as much as possible, even for making phone calls. But when you’re out of Wi-Fi range, you’ll be piggybacking on T-Mobile and Sprint’s networks, and this could be a concern for some users. In rating the four major carriers late last year, Consumer Reports gave Sprint’s network poor marks, but noted how T-Mobile had improved its service. Still, these rankings have to be considered on a case-by-case basis depending on where you live, work, and spend the most time. If you have access to Wi-Fi in those places, this plan could be great for you. But if Sprint and T-Mobile perform poorly there, it’s not worth making the switch to Project Fi — at least not yet. 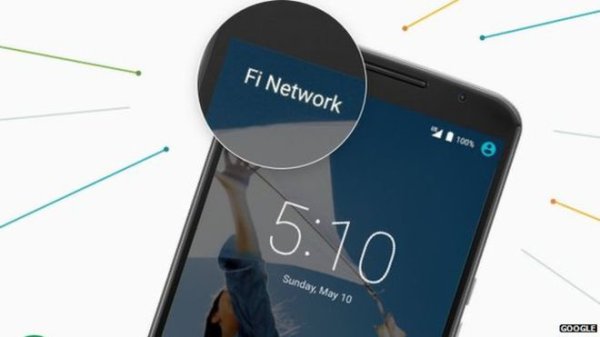 Everything to Know About Google’s New Wireless Service
Next Up: Editor's Pick