Nirvana fans can now stay in the Los Angeles apartment Kurt Cobain and Courtney Love called home during the ’90s. The Fairfax district dwelling is currently listed on Airbnb, available for $150 a night.

The couple lived in the apartment from 1991 to 1992, and moved out after a bathtub leak damaged some of their property including guitars, journals and artwork, according to Vulture.

“The day I signed the lease, I was sitting with the landlord and as soon as I signed on the dotted line, he said, ‘Okay, now I can tell you the real story behind this apartment,’” Brandon Kleinman, the current tenant of the apartment, told Vulture. “He kept it a secret because he wasn’t getting great tenants when he advertised the apartment’s backstory. He went on to tell me about what it was like having Kurt Cobain live here, and what to watch for. It’s been funny. Once every 60 days or so, I’ll get a weird, older gentleman, a rocker-type dude, sort of a burnout, knocking on the door, saying, ‘Do you know what used to happen here?’”

But fans don’t necessarily need to head to L.A. for a better glimpse into the late singer’s life. Brett Morgen’s intimate Cobain-documentary, Montage of Heck, is playing at the Tribeca Film Festival before making its way to HBO on May 4.

For more, head to Vulture.

This article first appeared on ew.com 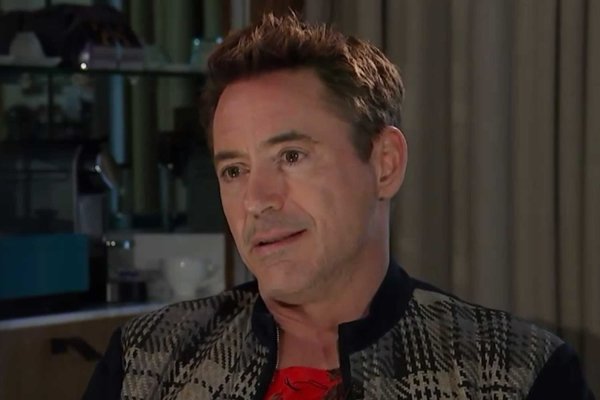 Robert Downey Jr. Walks Out of Interview After Questions Turn Personal
Next Up: Editor's Pick