Why Bad Bank Service Means You Could Pay More

In the wake of the financial crisis, the Feds put the kibosh on a whole slew of bank tactics pertaining to overdraft fees, interchange fees (which they charge merchants when you use a debit card and which stores say get passed along in the form of higher prices) and credit card interest rate hikes. To cope, banks closed branches, invested in technology so they could replace costly branches and tellers with computers, and started trying to coax their more affluent customers into shifting their borrowing and investing activities from other institutions.

At the time, these actions made sense. Banking industry trade publications and white papers were full of buzzword-y terms like the “360-degree customer view,” which encouraged banks to think of a checking account as the financial services equivalent of the $1.99 chicken breasts at the supermarket: A loss leader that could reel in customers who would then stick around and buy more profitable items (like, say, a home equity loan or brokerage account). And banks poured money into their online offerings, mobile apps and upgraded ATMs that — the thinking went — could deliver customer service at the fraction of the cost of a teller depositing money or checking a balance for a customer.

But it didn’t turn out like that, according to a new study from consulting firm Capgemini and banking trade association Efma. The World Retail Banking Report shows that positive customer experiences fell among North American bank customers. “Return on investments in the front- office and digital channels are struggling to keep up with evolving customer expectations,” the report says.

The advancements in technology just built up people’s expectations — especially for tech-savvy younger customers. “Across all regions, Gen Y customers registered lower customer experience levels than customers of other ages, reflecting the high expectations Gen Ys have of banks’ digital capabilities,” the report says. The fact that young adults are less satisfied than customers in other age brackets shows that banks aren’t keeping up with the technological times, and less than half of American Gen Y bank customers say they plan to stay with their current bank over the next six months.

And yet, customers’ embrace and expectation of digital banking didn’t put the kind of corresponding dent in branch usage banks were seeking. In fact, the number of people using bank branches in North America actually went up — hardly the kind of digital revolution banks were seeking. Seems we’d still rather deal with a human being for most kinds of banking activities because we don’t think the digital service is up to snuff. “Customers still perceived the branch to be offering better service than what could be found on the digital channels,” the report says.

Banks’ cost-cutting moves in the service arena did some serious damage to customer satisfaction, dampening customers’ inclination to deepen their relationship with their banks or recommend the institutions to others, another key component of banks’ post-reform moneymaking strategy. “Alarmingly for the banks, there was a significant increase in the percentage of customers who were unlikely to buy additional products or refer someone to their banks,” the report says. In North America, that figure jumped by more than 20 percentage points in just a year.

The report blames this on growing competition to banks from other products and services like Apple Pay, LendingTree and Starbucks’ prepaid payment platform.

What could this mean for customers? If you said, “more fees,” you just might be on the right track. According to research company Moebs $ervices, financial institutions have collectively lost roughly $5 billion a year in overdraft fee revenue alone (although, if this sounds like a lot, keep in mind that they still made roughly $32 billion off these fees in the year that ended September 30, 2014, compared to around $37 billion just before the new laws kicked in.)

Moebs also says bank and credit union net operating income as a percentage of assets fell by nearly 7% last year from the year prior, driven by a drop in revenue from fees. “Financial institutions need to assess why fee revenue is falling and develop additional sources of fee revenue to get net operating Income back on track,” Moebs economist and CEO Michael Moebs wrote earlier this month.

And that technology we’ve grown to depend on might be the way to accomplish this. One recent study finds that a quarter of bank customers say they’d pay $3 a month just to use their bank’s mobile app, a figure that goes up to about a third for customers under the age of 35.

“Customers are willing to pay for services such as credit monitoring, person-to-person transactions, personal couponing, identity theft protection, and related other services,” a recent banking trade publication article notes, saying that if banks get on the ball, they could more than make up their losses from that declining overdraft revenue — probably not what all those already-frustrated customers wanted to hear. 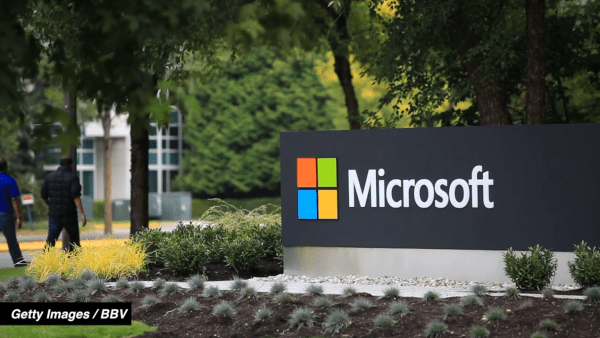 Microsoft Looks to the Cloud as Sales of Windows Tumble
Next Up: Editor's Pick