The suspension comes after the NFL investigated whether Hardy violated the league’s personal conduct policy. Hardy is able to appeal the decision within three days.

Last year, while Hardy was a member of the Carolina Panthers, the defensive end was found guilty by a judge in a bench trial of assaulting and threatening to kill his ex-girlfriend Nicole Holder. The charges were dismissed in February after Holder failed to appear in court and could not be found by prosecutors, who said she received a settlement from Hardy.

Hardy only played one game in 2014, as he spent most of the season on the commissioner’s exempt list.

Despite the possibility that the NFL would issue a suspension, the Cowboys signed Hardy to a one-year deal worth up to $13 million in March. The 10-game suspension means that Hardy’s first game as a Cowboy would come against the Panthers, his former team.

A North Carolina judge ruled earlier this month that the NFL could view photos submitted as evidence in the case as part of the league’s investigation.

On Tuesday, Hardy filed a petition to expunge domestic charges against him.

In 2013, Hardy had his best season in the NFL, recording 15 sacks and 40 tackles en route to Pro Bowl honors. 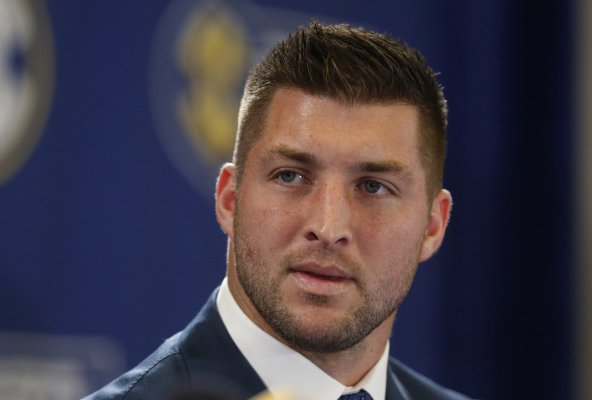 Tim Tebow's Contract With Eagles Includes No Guaranteed Money
Next Up: Editor's Pick