Your Chance of Getting Mosquito Bites Could Be Genetic

Identical twin sisters partake in an experiment to see how attractive their hands are to mosquitoes.
London School of Hygiene & Tropical Medicine
By Alexandra Sifferlin

If you’re always getting mosquito bites, you may be able to blame your genes, a new study suggests.

To understand whether the traits that make a person more or less attractive to mosquitoes are genetic—odors for instance—researchers conducted a study looking at 18 sets of identical twins and 19 sets of non-identical twins. Their findings were published in the journal PLOS ONE.

The researchers released mosquitoes into a Y shaped tube that allowed the mosquito pick a side to fly down. The twins’ hands were at either end of the tube (see photo). If the mosquitoes were attracted to the hands’ odor, they would fly toward them and if they were repelled by the hands they would fly away from them.

Interestingly, identical twins were more similar in the level of attractiveness to mosquitoes than non-identical twins, which the researchers suggest could mean that genes play a role. It’s possible that identical twins have very similar odors since they are genetically exactly the same.

Though the sample size is small, the researchers say the findings have implications for future mosquito bite prevention. “By investigating the genetic mechanism behind attractiveness to biting insects such as mosquitoes we can move closer to using this knowledge for better ways of keeping us safe from bites and the diseases insects can spread through bites,” said study author James Logan, a senior lecturer at the London School of Hygiene & Tropical Medicine, in a statement. “In the future we may even be able to take a pill which will enhance the production of natural repellents by the body and ultimately replace skin lotions.” 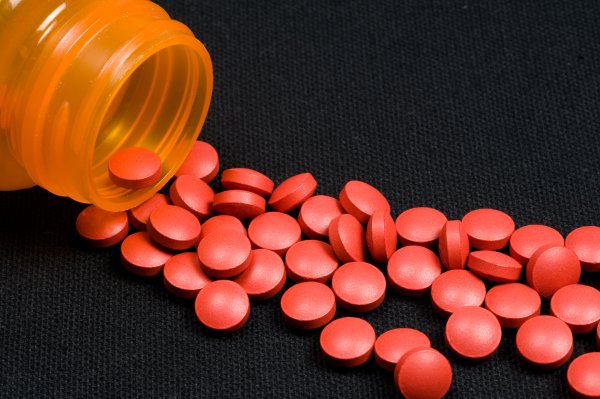 Tylenol Dulls Your Emotional Pain, Too
Next Up: Editor's Pick