Seven movies later, the Fast and Furious franchise has been through a number of cars, but fans will always remember the originals—particularly the cars featured in the final sequence of the first film.

At the end of The Fast and the Furious, Dom and Brian race a train – with Dom in his father’s car and Brian driving a 1993 Toyota Supra. Now, Mecum Auctions is auctioning off Brian’s Supra. Well, one of them.

As with any movie, there were multiple Toyota Supras used during filming, but according to the listing, this stunt car is the one featured in the final race of the film. With an orange exterior, a 2JZ-GE 3.0L/220 HP inline-6 engine, and a 5-speed manual transmission, it’s expected to go for anywhere between $150,000 and $200,000.

Other features of the car include a roll cage, twin Holley Performance nitrous oxide bottles mounted in the rear compartment and, most important, the fact that the late Paul Walker once sat behind the wheel.

The stunt car will go to the highest bidder at Mecum Auctions Indy 2015 event between May 12-17 in Indianapolis. 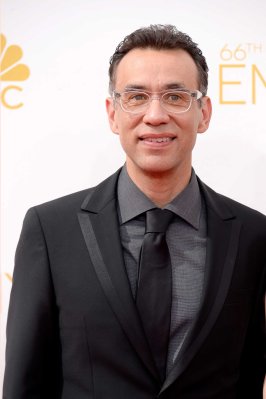 Fred Armisen Joins Cast of Zoolander 2
Next Up: Editor's Pick