Fusion and Univision News anchor Jorge Ramos paid tribute to young immigrants hoping for a chance at the American dream in a moving speech at the TIME 100 Gala.

“It is very difficult to be an immigrant because you have to leave everything,” Ramos said. “You leave your home, your family, your friends, your culture, your language, sometimes your soul.”

He concluded his remarks with a toast to young people brought to the country as children who are battling to secure access to higher education. “My real heroes. The dreamers. You know, they are young, undocumented students who came to this country when they were very young…Because Congress has done absolutely nothing in the last decade on immigration, the dreamers decided to take this on themselves.”

Ramos, a TIME 100 honoree in 2015, also toasted the group of Mexican journalists who, “have denounced corruption at the highest levels of the Mexican government” and paid tribute to political prisoners in Venezuela, including the leader of the opposition in Venezuela, Leopoldo Lopez. 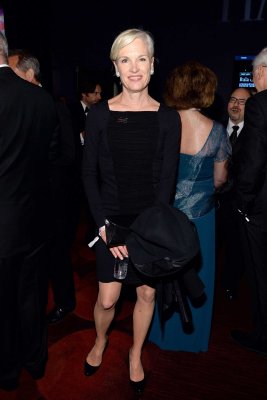 Here's What Planned Parenthood President Cecile Richards Had to Say to David Koch
Next Up: Editor's Pick