IBM Is Stumbling Its Way Into the Future

The problem with being a tech giant is that, no matter how hard you try to charge into the future, you’re always weighted down by the past. And lately, no company has exemplified this conundrum better than IBM.

In the past few months, IBM has rolled out innovation after promising innovation. The company launched an analytics tool for the healthcare industry based on its Watson artificial-intelligence platform. Watson tools for other industries are on tap, and meanwhile Watson has written a cookbook.

IBM is also building a cloud platform for the Internet of things that companies can use to make sense of data collected from far-flung sensors embedded in a wide variety of devise. The company not only announced its Hybrid Cloud–meshing IBM’s own cloud with a client’s on-premise machines–it signed the US Army up as a key customer. Oh, and it’s building new computers that mimic the human brain.

The company is serious about investing in these new ideas. CEO Ginny Rometty told investors in February IBM would spend $4 billion this year in growth areas like analytics, cloud computing, mobility and security software. These areas accounted for only 27% of IBM’s total revenue in 2014, but Rometty sees revenue growing to $40 billion from $25 billion in four years.

This all sounds encouraging, but now look at the first-quarter earnings report IBM delivered on Monday. Revenue fell 12% year-over-year to $19.6 billion and came in $100 million shy of analysts’ consensus forecast. That marked the 12th straight quarter of falling revenue and the eighth time in the last nine quarters that IBM missed its revenue estimate. In fact, it was IBM’s lowest quarterly revenue since the first quarter of 2002.

Explaining the weak revenue, IBM pointed out that the decline reflected the sale of certain assets like its low-end server unit and the effect of a strong US dollar. (IBM warned that if the dollar stays at current levels it could slice 80 cents a share off full-year EPS.) Excluding those factors, IBM’s revenue was still flat with the year-ago quarter. Net income fell 2.4% to $2.3 billion.

How can IBM have so many promising technologies and such a weak financial performance? The answer is a classic innovator’s dilemma, in which successful companies struggle to stay atop their industries as they face newer, more efficient technologies and business models that slowly drain life from their cash cows.

Enterprise IT giants like IBM, SAP and Oracle face one such threat from cloud computing. The choice they face is an ugly one: Dig in and maintain a profitable but slowly dying business; or invest in those same innovations, thereby cannibalizing their core business. IBM has made the bold choice to invest in the future, even if it’s eating into its present success.

This isn’t new. Throughout its history, IBM has backed out of aging businesses to focus on new areas of growth. In the past four decades, it’s sold off its Selectric typewriters to Lexmark, its copier business to Eastman Kodak, its hard-disk drive unit to Hitachi, and its PC and low-end server divisions to Lenovo. In the late 90s, the company broke from its roots to push into IT services. Under Rometty, IBM is again making a transition into areas it sees as growing for years.

The catch is that areas like cloud-based services are growing because they’re cheaper, lither versions of the legacy services IBM and others have depended on for profits. In a conference call discussing earnings Monday, CFO Martin Schroeter talked about “a pretty dramatic shift of spending within IBM… Some of what you’re seeing in that core business decline is that engineered shift toward the strategic imperatives.”

“Strategic imperatives” is IBM-speak for the growth markets it’s pushing into: data analytics, cloud, mobile and security. Behind the bigger headlines of falling revenue, IBM is actually seeing some success here. Analytics revenue rose more than 20% last quarter. Cloud revenue—including the hardware that lets clients build their own “private cloud”—jumped 75%. This business has brought in $7.7 billion in revenue during the past 12 months.

Looking at cloud as a service alone, revenue totaled less than $1 billion. Again, this represents a tiny portion of IBM’s total revenue. But consider that at an annual rate it’s bringing in $3.8 billion. By way of comparison, Amazon’s Web Services, which focuses on cloud hosting, brought in $4.6 billion in revenue in 2014 with razor-thin margins. From that perspective, it’s not hard to imagine IBM as a rising leader in the emerging cloud economy.

As promising as this future growth sounds, it doesn’t change the fact that slowing revenue has pulled IBM’s stock down 22% in the past two years, a stretch when the S&P 500 has risen 32%. Investors remain patient, however, partly because IBM has doled out $26 billion in stock buybacks over that period, in addition to $8 billion in dividends.

Investors may grumble, but few are rebelling. Earlier this month, Reuters said top shareholders were seeking out activist investors to shake up IBM. But at least two such activist firms balked, in part because they felt Rometty was doing as good a job as could be expected with a tough transition. Another deterrent was Warren Buffett, who seems to support Rometty’s work. Berkshire-Hathaway has been adding to its position in IBM, which now stands at a 7.8% stake.

So go ahead and shake your head at IBM’s earnings. Yes, the company set clear goals for 2015 profits and has fallen short. Yes, revenue is shrinking and may do so in future quarters. But the company deserves credit for the painful work of building a foothold in the future of tech, even at the cost of easy profits today. IBM has chosen to address the investor’s dilemma head on, knowing no giant can endure over time without some pain along the way.

Read next: All Your Modern Technology Is Thanks to This 50-Year-Old Law 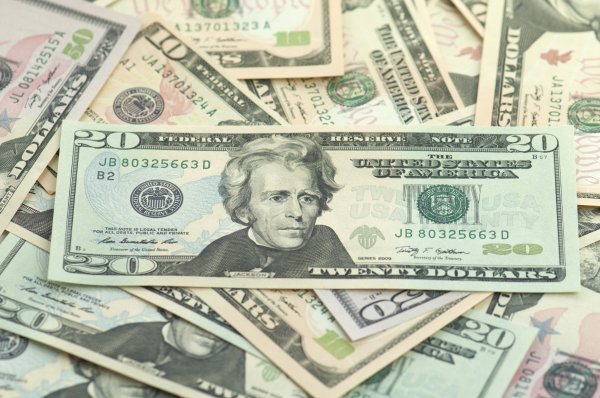 These Are America's Secret Money Habits
Next Up: Editor's Pick