These Are America's Secret Money Habits

Young adults spend less on groceries, but eat out more. New Yorkers are suckers for a fancy brand name, Bostonians love giving gifts and Floridians want to get money advice from Warren Buffett.

These are some of the finds in the new TD Bank Saving and Spending Survey, which uncovers some good news as well as some red flags about how Americans manage their money today.

Respondents under the age of 35 have the most financial confidence of any age bracket. They’re less likely to use the words “conservative” or “cautious” to describe their approach to saving, and they’re a full 10 percentage points more likely when compared to the overall pool of respondents to say they’re “very confident” that they’ll be able to save enough for retirement.

This apparent contradiction is because young adults are at very different points in their lives, says Nandita Bakhshi, TD Banks’ head of consumer bank. “Some are just graduating from college while others are married and starting a family. This mixed group lends itself to mixed answers.”

Bakhshi adds that because many of them are landing their first “real” post-college jobs, they’re seeing their financial circumstances shift rapidly. “Many of them… finally have extra income they can use to splurge on items they want,” she says, and they also have the ability to save a meaningful amount for the first time in their adult lives. “Seeing their savings grow, even if it is a small amount, is a big accomplishment and gives them a sense of pride and confidence,” she says.

Other recent research yields similar findings. The Bank of America/USA Today Better Money Habits Millennial Report finds that more than two-thirds of young adults have savings or save regularly each month; more than three-quarters of those who have savings goals say they meet them.

In particular, they stand out for splurging on restaurants, even though they spend less on groceries than other age groups.

Bakhshi says this is a combination of millennials being unable to resist an option that offers greater convenience, and this demographic’s preference for doing things in groups. “Dining out is also considered to be a social event that many millennials look forward to [even if] it may stretch their budget a bit,” she says.

Both surveys find that parents and friends are a big influence on how young people manage their money. The Bank of America/USA Today survey finds that almost two-thirds of young adults say they get financial guidance from their parents, and nearly 30% get financial information from their friends.

The TD Bank survey found that a little more than half of young adults get financial advice from their parents, just over the average for respondents of all ages, but 14% say they turn to their friends — a considerably higher figure than the 8% of all respondents who say the same.

There are other differences that break down by geography rather than age. TD Bank finds that Florida residents, for instance, are much more likely to say that their ideal person to talk about financial strategy with is famous investor and Berkshire Hathaway CEO Warren Buffett.

“Florida has a high population of retirees [who]may no longer have that support system” of friends and family for financial advice, Bakhshi says.

Bostonians are the only group of respondents who say they overspend on gifts for other people, but that generosity has limits: This is also the category more Bostonians say they’d cut back on if they hit a financial tight spot.

New York City residents report higher spending on purchases like restaurant meals and tickets to sporting events, and overspending on more categories like high-end brands and coffee, than people who live in other places do.

“In many urban areas, such as New York, consumers have easy access to many things such as dining out, entertainment and clothing,” Bakhshi says. “It is hard to walk down the street without passing any of these places.” 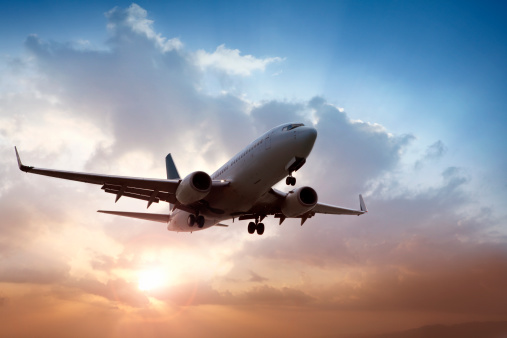 3 Reasons Traveling Abroad Can Help Your Career
Next Up: Editor's Pick