President Obama traveled to Florida on Wednesday to highlight the impact of climate change on the American economy. The choice of Florida, where sea levels are rising rapidly and state officials aren’t allowed to discuss climate change, brings Obama to the front lines of the debate over how to address the changing environment.

Obama’s Earth Day speech at Everglades National Park portrayed climate change as an issue with real-world effects that are relevant beyond the community of environmental activists. The site is a key source of drinking water for more than a third of Florida’s nearly 20 million people and tourism at the park provides a significant boost to the local economy, Obama said in his speech.

“This is not a problem for another generation. Not anymore,” Obama said. “This is a problem now. It has serious implications for the way we live right now. Stronger storms. Deeper droughts. Longer wildfire seasons.”

The visit comes one day after the White House announced measures to support national parks and prepare communities across the country for storms caused by climate change.

Obama’s decision to make his speech in Florida brings him to the nexus of the fight against climate change in the U.S. While the state’s natural treasures and densely populated communities face the pressure of rising sea levels, many in the state do not believe in climate change. State employees have been banned from even using the term “climate change” while working in their official capacities. (Obama seemed to take the Florida state government to task directly for its policy prohibiting discussion of climate change, saying “climate change can’t be omitted from the conversation.”)

“Southeast Florida is really ground zero on climate change and sea level rise in particular,” said Christina DeConcini, director of government affairs at the World Resources Institute. “There’s a disconnect there. It seems if you were an elected official in the state of Florida, it would be incumbent on you to protect your constituents.”

To be sure, there’s a lot to protect. The southern Florida region, most threatened by rising sea levels, is home to real estate valued at more than $130 billion, as well as two nuclear power plants, 74 airports and hundreds of public schools, according to a government report. And then there’s the threat to the Everglades, which helps support the state’s $80 billion tourism industry.

In Miami and the surrounding area, much of the preparation for rising sea levels and other climate change effects has fallen into the hands of local initiatives, at least in part because the state government has been largely unresponsive. The Southeast Florida Regional Compact, a partnership between four counties in the Miami area, has developed tactics to manage streets that regularly flood with water, identify vulnerable transportation systems and prepare to relocate communities that may be especially affected by climate-related disasters.

“These four counties said, ‘you know what sea level rise and the consequences need to be dealt with together. The water doesn’t respect county boundaries,” said Colin Polsky, director of the Florida Center for Environmental Studies. “I can’t say there’s zero collaboration with the state, but it’s kind of chilling if state officials feel like they can’t even use the words climate change.”

Obama’s speech on Wednesday seemed to be an implicit challenge to presidential contenders Marco Rubio and Jeb Bush. The two Florida Republicans, a Senator and former Governor, respectively, have expressed doubt about man-made climate change, despite the clear evidence of climate change in their own backyards.

Aside from challenging Republicans on climate change, Obama touted his plan to reduce America’s carbon emissions by at least 26% by 2025. The commitment has been portrayed as key to fostering an international agreement on this issue at this December’s U.N. climate talks in Paris.

But even a landmark carbon emissions agreement won’t be enough to stop sea levels around Florida from rising in the short term, Polsky said.

“There’s already enough warming that we committed to our atmosphere based on the past couple hundred years of emissions,” he said. “We could stop emissions tomorrow and the ice would continue to melt.” 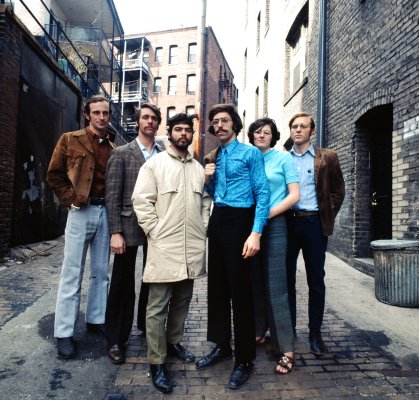 Meet the Organizers of the Very First Earth Day
Next Up: Editor's Pick