India's Entrant to Mr. Gay World Has Quit Citing Threats to His Family

Organizers of the Mr. Gay World pageant in South Africa were left shocked and disappointed after India’s entrant to the competition pulled out due to a flurry of homophobic abuse.

Thahir Mohammed Sayyed, a Brisbane-based model, withdrew from the event over threats to himself and his family back home, the Press Trust of India reported. India reinstated a colonial-era law against homosexuality in 2013, and recently voted in favor of an unsuccessful proposal to deny benefits to gay U.N. staffers.

The weeklong event will begin in Knysna, South Africa, on Sunday and will feature contestants from 20 countries. Sayyed would have been the only Asian participant.

“We created this event to combat homophobia, but for a delegate and his family to go through such harassment is unacceptable and we have to be sympathetic with him,” Eric Butter, president of Mr. Gay World, told Indian newspaper DNA.

Other administrators of the pageant also lamented Sayyed’s withdrawal, deeming it a shame for India rather than for him and his family. “It is unfortunate that LGBTQ rights aren’t accepted in one of the world’s largest democracies,” said Coenie Kukkuk, the pageant’s managing director. 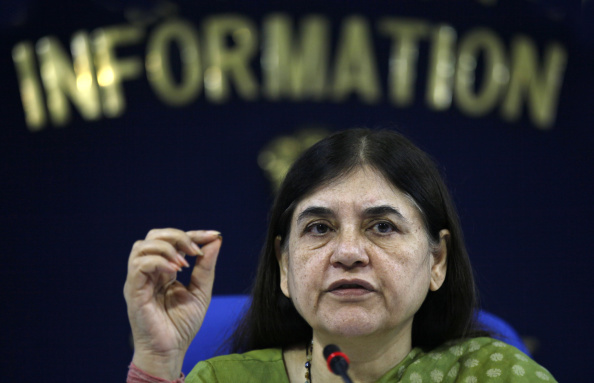 Minister: Girls Killed Daily in India
Next Up: Editor's Pick