How New Hampshire's Women Paved the Way for Hillary Clinton

After Hillary Clinton had shaken off most of the press corps shadowing her across New Hampshire on Tuesday, she arrived at a quaint house in downtown Concord just blocks from the golden-domed state capitol. Inside, in her wheelchair, sat the matron of New Hampshire presidential politics: 94-year-old former state senator Mary Louise Hancock. “How are you, my gosh, it’s great to be here,” Clinton said, greeting her. “I am so happy to be here.” Hancock replied: “Even if it’s not true, I’m glad you said it.”

Hancock was one of the New Hampshire’s early woman state senators and remains a giant in the state’s Democratic Party politics, and she’s given Clinton her blessing in the primary. She is just one key female ally to the growing Clinton operation in the Granite State, which has been safe Clinton country since the state boosted Bill to the Democratic nomination for President in 1992. Hillary or Bill, or both, go back nearly every year, and they stay in close contact with long-established allies in the state. When Hillary Clinton campaigns this year, she will count on a steady network of female Democratic supporters like Hancock.

In her first trip to New Hampshire, Clinton has already made good use of a large network of women in the state. On her first evening in New Hampshire this week on Monday, she held a private meeting in the home of Sylvia Larsen, the former state senate majority leader. Kathy Sullivan, the former chairwoman of the Democratic Party, was there, as was Terie Norelli, the former speaker of the state house of representatives, several people who attended the meeting told TIME. The next day at Hancock’s house, Clinton greeted former state first lady Susan Lynch, New Hampshire Community Loan Fund president Juliana Eades and Democratic operative Karen Hicks.

New Hampshire has long been a good place for female politicians. In 1999, it was the first state to have a female governor and women heading up both chambers of the state legislature at the same time. In 2009, its state senate became the first legislative body in the U.S. to have a female majority, 13-11. In 2013, it sent an all-female delegation to Washington, and currently both U.S. Senators (Jeanne Shaheen, a Democrat, and Kelly Ayotte, a Republican) and Governor Maggie Hassan are women.

“There is no bias in new Hampshire. Women can do very well here and have a track record of doing very well in New Hampshire,” said Jim Demers, a Democratic strategist who co-chaired Obama’s 2008 campaign in New Hampshire and is now organizing for Clinton. “It just so happens we’ve elected a lot of women in the state because they were the better candidate.”

Despite Clinton’s deep connections with Democratic women, she’ll encounter skepticism among Independent voters in the state, who are loath to cede the state in an uncontested primary. A strong movement in the state urging Massachusetts Senator Elizabeth Warren to run for President hasn’t lost much steam even though Warren has repeatedly said she won’t launch a campaign. According to a recent poll, Warren still commands a healthy 23% of support, compared to Clinton’s 45%.

“History proves that no candidate in New Hampshire is inevitable,” said Terry Shumaker, a longtime Clinton friend and supporter. “If Hillary or any other candidate came here and ran a perfunctory campaign, they would likely lose the primary. But she’s been in three New Hampshire campaigns, so I know she won’t do that.”

Clinton has been busy over the last year laying a strong groundwork for her campaign. In 2014, she went back to New Hampshire to help Shaheen’s re-election campaign. Shaheen was one of the few Democrats up for re-election who wasn’t swept up by the Republican tide in 2014. Since then, Shaheen’s team, including Mike Vlacich, Harrell Kirstein and Kari Thurman, have all jumped ship to Clinton.

New Hampshire’s female-friendliness can be traced back to two quirks in the statehouse’s organization. New Hampshire pays its legislators a pittance: state senators and representatives in the Granite State receive $100 a year, and they get none of the per diem expenses that other states offer. That means that politicians in the state have to either be very comfortable financially to begin with or have part-time jobs. For many stay-at-home mothers in past decades, that made it easy to be a state legislator. Once a first group of women had blazed a trail, that made it easier for women today to get elected.

The state also has a famously wide political field: with 400 members in the state’s house of representatives, most legislators represent a couple thousand voters in their districts. With a larger pool, more women have access to political leadership, and some say there’s a well-established school board–to-statehouse pipeline.

“Being a state legislator in New Hampshire might not be that big of a leap from belonging to the PTA,” said Jennifer Frizzell, vice president of public policy at Planned Parenthood. “The political pipeline for women here is well developed.” 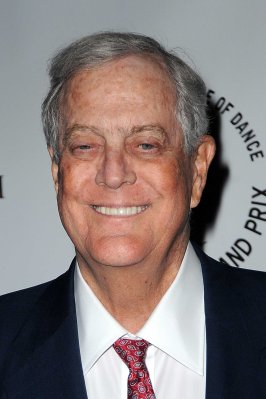