Martha Stewart stole the show at Comedy Central’s roast of Justin Bieber, but don’t worry—everything’s cool between her and the pop star now.

At this year’s TIME 100 Gala, Stewart told TIME Bieber sent her a signed guitar to include in her upcoming auction benefitting the Martha Stewart Center for Living at Mount Sinai Hospital.

Stewart, who wrote a tribute to Kim Kardashian in this year’s TIME 100 issue, said she was looking forward to catching up with the reality TV star, whom she’s met several times before, at the annual event. “I want to know what she thought about my essay,” Stewart said.

Her admiration also extends to Kardashian’s husband and fellow TIME 100 honoree, Kanye West, of whom Stewart says she’s a big fan. According to Stewart, West once stopped by her headquarters to learn about how she runs her business and to get inspired.

Read next: Orange Is the New Black to Feature Character Based on Martha Stewart 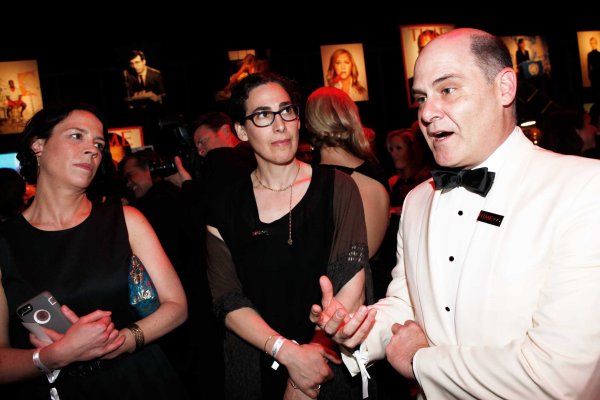 What Matthew Weiner Says Mad Men Learned From Serial
Next Up: Editor's Pick