Quadruple rainbow spotted at the LIRR station in Glen Cove, N.Y. on April 21, 2015.
Amanda Curtis, CEO of 19th Amendment
By Olivia B. Waxman

Amanda Curtis, CEO of Nineteenth Amendment, a company that showcases works by emerging fashion designers, tweeted a photo of what appears to be two double rainbows that she says she saw from the Long Island Rail Road station in Glen Cove, N.Y.

Spotting this rare condition has seemed less like chasing rainbows since a German rainbow hunter’s photos of “triple” and “quadruple” rainbows appeared in the scientific journal Applied Optics. Raymond Lee, a professor of meteorology at the U.S. Naval Academy, argues the phenomenon is more likely to be seen when there are a lot of dark clouds in the background or when rain drops of the same size are falling — basically “absolutely pouring” conditions, National Geographic reports. 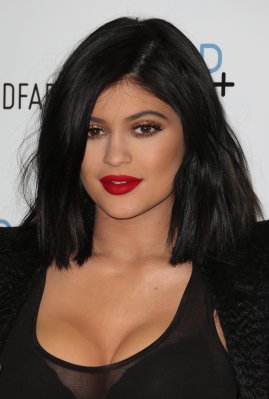 Teens Are Doing the #KylieJennerChallenge and It Must Stop
Next Up: Editor's Pick