Confined Chimps Will Get Their Day in Court, Judge Rules

A New York judge ruled this week to grant lawyers representing two chimpanzees a hearing to challenge the animals’ confinement.

The judge’s ruling comes in response to a complaint filed by the Nonhuman Rights Project on behalf of two chimpanzees held at Stony Brook University. In response to the ruling, the university will be required to demonstrate to a court that it has reason to detain the chimpanzees.

The decision does not guarantee that the chimpanzees will be released and instead only sets up another hearing, scheduled for May 6, to determine whether Stony Brook has a reason to detain them. New York courts have previously upheld the right to detain chimpanzees.

The judge, Barbara Jaffe of the New York County Supreme Court, originally had invoked habeas corpus, to order the hearing, but amended her order the day following her initial decision. Habeas corpus, a doctrine used to protect against unlawful imprisonment, had never been used to protect non-human animals. The Nonhuman Rights Project argued that by granting the chimpanzees habeas corpus, Jaffe had “implicitly determined” that chimps are “persons.” 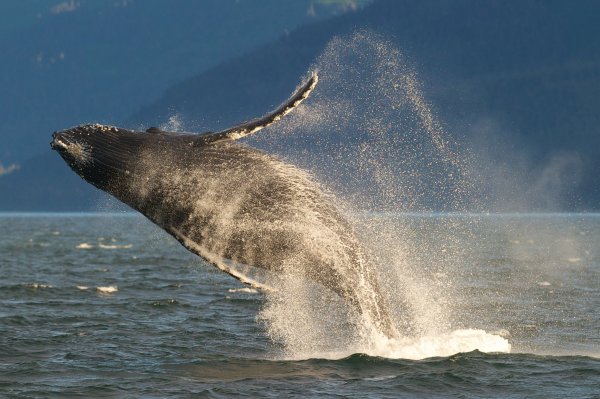 Humpback Whales May No Longer Be Endangered
Next Up: Editor's Pick