How to Change Your Reputation at the Office

In the March 2015 issue of Elle, Katy Perry described celebrities as “characters.” “…Taylor’s the sweetheart. Kanye’s the villain. That’s the narrative.”

Even if no one in your office has Grammy awards on his or her bookshelf odds are, you (and your co-workers) are also pigeonholed into certain roles. You can always count on Karen to find the humor in something. Mike isn’t that friendly, but he’s whip-smart. Claire is really talkative.

Of course, we’re all more complex than the first attribute that jumps to mind. For example, you’re great at your job, but somehow, that goes without saying. And it could be that Karen is also an incredible writer, Mike holds a ton of institutional memory, and Claire is really creative. But somehow their personality brand, so to speak, overshadows the other aspects of their “work self.”

Certainly, there’s advice for Karen and Mike and Claire’s colleagues (um, “be less judgmental”). But, what happens when you’re the person stuck with a reputation you’d like to shake? Maybe you’re over your reputations as a talker, because you feel like it overshadows your listening skills. Or maybe you want to be taken more seriously.

Thankfully, there are things you can do to change your office reputation.

I remember hearing the term “skintern” to describe the college-aged summer interns “who looked like they bought their business attire out of the Victoria’s Secret catalogue.” Now, if you learned that your attire was considered wildly inappropriate, you’d probably want to make a change ASAP.

But interestingly, if you leaped to the other extreme (think: wearing serious pantsuits every day), people would still be talking about your attire, and you might still seem out of place. A better plan would be to start dressing like a more professional version of yourself. Meaning, you could still wear summer dresses, but you’d want to look for ones with longer hemlines, opt for short sleeves over spaghetti straps, and bring a blazer or cardigan for good measure (and to combat the air conditioning).

Along similar lines, let’s say you’re known for being funny. But then, you get passed over for a project you were eyeing, because your boss thought the client would respond to someone “more serious.” That can sting, and your first instinct might be resolving never to tell another joke in the workplace.

Problem is, your colleagues already think of your sense of humor as a defining quality. So, your new message—that you’re to be taken seriously—could be overshadowed by what your co-workers perceive as you not quite being yourself. They might inquire if something is wrong or even see you as less capable during what they assume is an uncharacteristic interim.

Per the wardrobe example, take small steps. Don’t swear off joking altogether, but set a reasonable goal. So, if you use humor as an icebreaker, challenge yourself to limit that strategy to once a day—and then once every few days—and try new ways to bond with colleagues and clients.

Don’t Announce Your Change Before it Happens

Do Be Honest About Your Efforts

You may be tempted to announce your intentions the moment that you decide to make a change. Sure everyone sees you as the “talkative one,” but you’re ready to listen, and you want your co-workers to know that you’ll be chiming in less. This talk can be valuable—your colleagues can support you and help keep you in check—but you need to practice patience and wait for the right moment.

Developing new habits takes time. Even if you come up with actionable steps, like letting everyone else in the room pose questions before you raise your hand, you might still jump in or talk at length from time to time as you make the shift. If you’ve already told your colleagues you’re making a change, even infrequent slip-ups can make you seem less dedicated to or sincere about your goal. If you’ve told everyone you’ll no longer be the late colleague, arriving late to just one meeting after your announcement undermines your words. Suddenly, you’re just as bad as the spouse who always says she won’t bring work home from the office (but does most nights), or the colleague who says he’s trying to pack his lunch (but never does).

A better approach is to let your actions speak louder than your words. And, yes, your colleagues may come to you to inquire why you’re no longer as funny or as loud or as insular, in which case you can agree, but take a moment to say why you’re changing your signature attribute. It doesn’t have to be a long speech: Try a simple, “I’m glad people think I’m funny, but I want to show that I have a serious side and can be considered for different types of projects” or “I realized that the amount I spoke was sometimes mistaken for a disinterest in what others had to say. I’ve learned some new techniques that have developed my listening skills, and they’re helping me work more collaboratively.” You’ve worked hard! So, connect the dots between your new skills and the multi-dimensional reputation you’d like to have.

Remember, you have a say in what you’re known for. If you want to change your reputation, start by adjusting your actions—just don’t pull a 180-degree shift overnight. 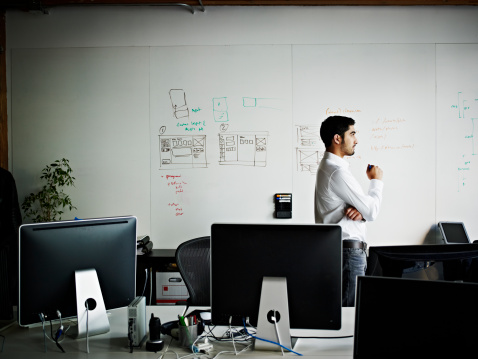 Why You Should Start More Than One Business
Next Up: Editor's Pick