Migrant Rescuer: 'No One Deserves To Die at Sea'

The Italian Coast Guard ship "Dattilo", carrying hundreds of migrants rescued in the Mediterranean Sea arrives at the Augusta harbor, near Siracusa, Sicily, Italy, April 16, 2015.
Carmelo Imbesi—AP
Ideas
By Christopher Catrambone
Christopher Catrambone is the cofounder of Migrant Offshore Aid Station and the head of the Tangiers Group based in Malta.

The problem with coming up with solutions to the current migrant disaster in the Mediterranean is that people are focusing on death, not life. Europeans debating about expanding rescue efforts may have forgotten that many Europeans were once similar to these boat-laden migrants. We call them “irregular migrants” or “illegal immigrants,” but they are above all people, desperate and determined enough to risk everything to seek a better life.

On Sunday, a ship off the coast of Libya capsized, killing more than 800 migrants. The European Union responded with a 10-point plan to address the issue, but with political support in Europe trending toward punishing or ignoring the flow of migrants, things still look grim.

Last year, almost a quarter of a million people moved north and west toward Europe from Africa, the Middle East, South Asia and other troubled regions. About half of them chose to cross the Mediterranean on frail crafts. Of those, 90,000 were rescued, and 3,400 died in the attempt. Considering the wars, diseases, and impoverishment of the places where they were coming from, being at sea on a rubber raft or discarded fishing vessel seemed like a better choice.

So far in 2015, the United Nations High Commissioner for Refugees estimates that about 36,000 people have crossed the sea to Europe, and that about 1,600 have died trying. The International Organization for Migration predicts 30,000 total fatalities this year if the current situation continues. The ugly truth is that nobody really knows how many people have died alone and abandoned in the vast expanse of the Mediterranean.

Why are more people dying at sea? This year, professional rescue help is much further away than last year, when Mare Nostrum, an Italian search-and-rescue operation, pushed Navy ships and spotters closer to Libya. Mare Nostrum or “our sea,” was an aggressive attempt (by EU standards) to deal with the increased flow of migrants. Five Navy ships with aircraft patrolled as far south as Libya. This year, that has been replaced with Operation Triton, a low-budget (3 million euros a month vs. 9 million euros for Mare Nostrum) attempt to deter migrants. It hugs the shores of Europe and insists that it is “border management” and not a rescue mission.

Migrants pay smugglers up to $4,000 for a precarious spot in a decrepit boat, or up to $2,000 if they are Sub Saharan Africans in long rubber raft. Once paid, the smugglers care little for their customers. They don’t actually plan on sailing all the way to Italy. Instead, their boats just have to hold together long enough to make into the shipping lanes. Once they clear the Dera oil fields a few hours from the Libyan coast, they call one, or all three, rescue centers in Italy. Typically they declare an emergency with the Rome Rescue Coordination Center, who then will then immediately order all available ships in the area to stop and join the rescue.

Just under a third of the rescues so far this year are being carried out by crews of commercial vessels, ships specifically designed to transport goods and materials, not to rescue thousands of people. Last year, 800 rescues were conducted by commercial maritime vessels with significant loss of money to the shipowners.

Commercial ships are not trained or equipped to do significant search and rescue, and they are definitely not designed to deal with mass casualties or hundreds of panicked victims. That was part of the problem on Sunday, when the 139-meter container ship King Jacob was tasked to make a rescue. The ship was not a search-and-rescue vessel; her crew were there to operate the ship, not provide rescue or medical care. The migrants on board the overloaded fishing boat ran to the side, and it flipped, drowning more than people. According to the few survivors, 300 of those people had been apparently locked below to act as human ballast.

When my wife and I saw a winter jacket floating in the sea off Lampedusa, Italy, in 2013, something deep and visceral hit both us. Successful in my insurance and risk-management business, we used our hard-earned funds to purchase, equip and upgrade a triple hulled Canadian fishing vessel. I then brought on two Shiebel S100 camcopters, Rigid inflatables and a crew of ex-military and maritime professionals who had worked the deadly seas around Malta for more than two decades. In just two months, we rescued 3,000 people.

This year, Médecins Sans Frontières has partnered with our nonprofit, the Migrant Offshore Aid Station (MOAS), to save lives. Thankfully our proof of concept in 2014 has grown into the only professional private search and rescue in the region. I challenge anyone to see a child screaming for help in the water and debate the political pros and cons of saving that life. I read with sadness how people call on governments to do something when I believe that we are responsibility for the quality of humanity on this planet and must act as our personal beliefs dictate.

On April 20, Pope Francis echoed the basic moral obligation we all have to not let people die needlessly. “They are men and women like us, our brothers and sisters who seek a better life; hungry, persecuted, injured, exploited, victims of war — they seek a better life. They were seeking happiness.”

The issue of migrants is about life, not death. Until we understand and mitigate the forces that push these people from their homes and out onto the seas, we will not solve the problem. For now, let’s make sure they don’t die. Our team would like to be at sea every day of the year until the politicians finally come up with a workable and humane solution to this crisis. We set sail on May 2, and we will uphold our central belief that “No one deserves to die at sea.” 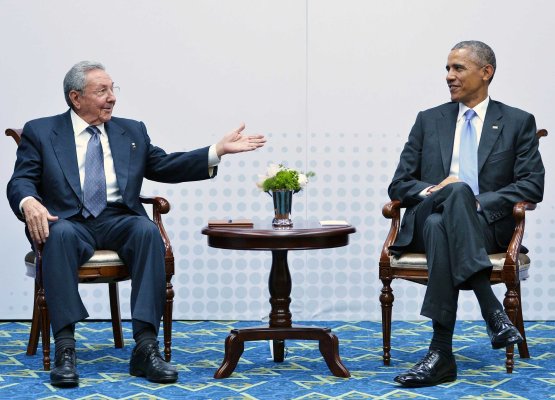