Michael Brown Memorial Tree Vandalized a Day After Its Dedication

Memorial seen on November 19, 2014, for Michael Brown, a man who was shot by police officer Darren Wilson.
Sebastiano Tomada—Getty Images
By Tessa Berenson

A tree planted in memory of Michael Brown in Ferguson, Mo. was damaged within one day of its dedication.

The sapling, purchased by the Black Caucus of the American Library Association in Chicago, was cut down and the plaque at its base was stolen, the Washington Post reports.

Another tree in January-Wabash Memorial Park, where Brown’s memorial tree was planted, was also damaged over the weekend.

“Officers canvassed the area talking to anyone who might have seen or heard anything related to the incident,” the city said in a statement on Monday, according to the Post. “No witnesses were located, and at this time police have no leads. An investigation into the incident is ongoing, and the City of Ferguson is replacing the trees today.”

The death of Michael Brown, an unarmed black teenager who was shot by a white cop last summer, sparked a national debate on race and law enforcement. 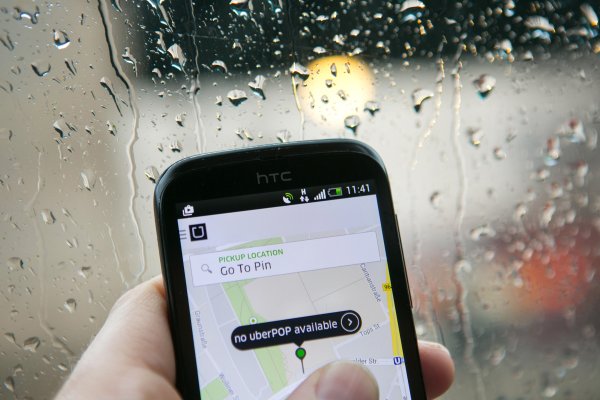 Uber to Face Lawsuit Claiming Discrimination Against the Blind
Next Up: Editor's Pick