The populist anticorruption party said in a statement that founding members Prashant Bhushan and Yogendra Yadav had been ejected for “gross indiscipline and antiparty activities,” the BBC reported. Two other senior politicians, Anand Kumar and Ajit Jha, were also banned.

The AAP, created on the back of a path-breaking national movement against graft in government, has swung between dramatic highs and unfortunate lows ever since its inception. Its leader Arvind Kejriwal resigned as New Delhi’s chief minister in February 2014 after just 49 days at the helm, staging a bizarre sit-in in the process, but roared back into power a year later after a near-whitewash of Prime Minister Narendra Modi’s Bharatiya Janata Party.

The internal discord that culminated in Bhushan and Yadav’s expulsion began soon after the February elections; both leaders were systematically removed from various decisionmaking bodies over the past few months after speaking out against Kejriwal’s reported authoritarian tendencies.

“All dreams of a movement have been shattered by a small coterie and a dictator,” Bhushan, a lawyer by profession, told news channel NDTV. He added that he didn’t feel a sense of personal loss, but expressed deep regret.

“How would you feel if someone drags you and throws you out of your own house?” Yadav asked reporters. 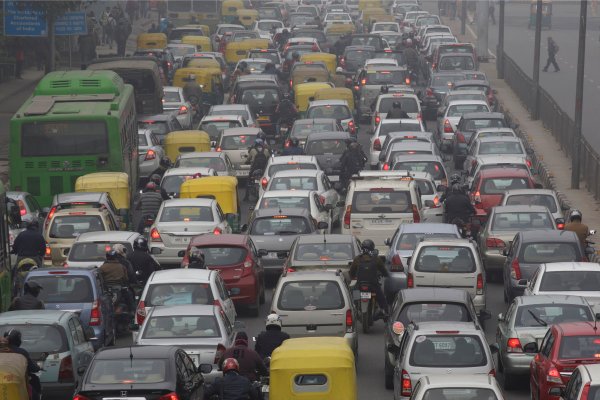 New Delhi Bans Cars Older Than 15 Years From Roads
Next Up: Editor's Pick