North of the border in a rural area in Arizona lives a 55-year-old American man. Far south of the border, in the Michoacán region of Mexico, lives a Mexican man of the same age. Each one has embarked on a vigilante mission to protect his family and his country from violent drug cartels—the common enemy that both feel their governments have left them to fight on their own.

Matthew Heineman’s award-winning documentary Cartel Land begins and ends in a meth lab. Between those bookends, the film immerses viewers in a world of shoot-outs and torture, scenes so dark that even Heineman says he couldn’t have imagined them when he set out to make the film. They were “vivid places,” he says, “that I never had dreamed of and wasn’t necessarily prepared for.”

Heineman initially set out to capture vigilantism on the American side of the border, after becoming obsessed with the subject in a Rolling Stone article he chanced upon while riding the subway. But several months into filming, his father sent him an article that described the autodefensas pursuing the same goal from south of the border. What originally presented itself as a parallel story gradually revealed itself to be two similar stories set against starkly different backdrops.

“In Arizona there are not shoot-outs in the middle of the streets, there aren’t bodies hanging from bridges,” Heineman explains. “We as Americans don’t really recognize that there’s a war going on in the country just south of us, and we are largely responsible for that war. I wanted to put a human face to people standing up against this conflict and a human face to the cartels themselves.”

But the story the film tells isn’t the simple heroes-and-villains tale he originally set out to make. The more time he spent on the border, the more once-simple contrasts devolved into shades of gray. “I ended up with a story that was much different than the story I started with,” he says. “It unraveled in a way that I never could have expected.”

Cartel Land, which won awards at Sundance for documentary feature directing and cinematography, debuts at the Tribeca Film Festival on Wednesday and hits U.S. movie theaters in July. 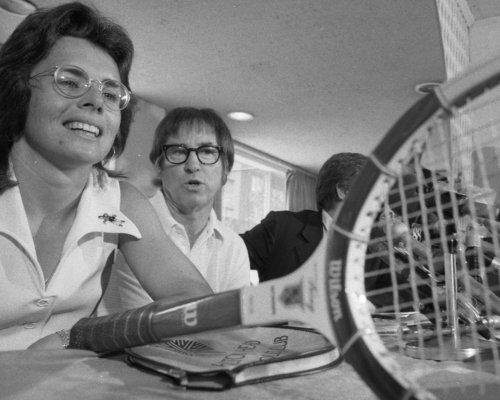 There Are Three Different Movies About Billie Jean King in the Works
Next Up: Editor's Pick