In 2011, Gwen Florio, a dogged reporter for Missoula, Montana’s local paper, reported on a number of rapes involving University of Montana football players that had gone unpunished by school or local authorities. Her stories eventually led to a Justice Department investigation into the alleged mishandling of 80 reported rapes in Missoula over a period of three years; the investigation resulted in settlements between the federal government, local law enforcement and university officials. But the circumstances led Missoula — a laid-back, academic town of only 70,000 — to be referred to in the ensuing national press America’s “rape capital.”

Now synonymous with its recent legacy, “Missoula” has become the title for a new book by best-selling author Jon Krakauer. Krakauer said in an interview that his working title was What Happened in Missoula, but he ended up preferring the one-word title his publisher and editor gave the book because it was “non-sensational” and “almost academic.” What he means by “academic” is that the book, out this week, serves as a case study of the widespread problem of campus rape, and how they are handled.

Rankled by the bad publicity, many in the Missoula community have criticized the title of the book, subtitled Rape and the Justice System in a College Town, for unfairly singling out Missoula in what is a national issue. But Missoula works as a case study in large part because so many of the high-profile rapes there were reported to the police and the university, and litigated in court. Indeed, Krakauer said, he chose to write about Missoula in part because of the availability of official documents he could rely upon for his reporting. Time focused on Missoula to report our cover story (which I wrote) about campus rape for many of the same reasons. When there is a paper trail as clearcut as the one in Montana, it makes reporting about rape less susceptible to the kinds of issues that plagued the UVA story recently retracted by Rolling Stone. Here, Krakauer has uncovered many new documents — but documents nonetheless — himself for the book. Missoula even stands a corrective to the controversy surrounding the Rolling Stone story, which many critics said set back the clock decades on rape activism and advocacy.

Krakauer is clearly supportive of victims; his inspiration to write the book came out of a personal friendship he shared with a woman (not from Missoula) who was raped as a teenager. His vantage point offers a sharp argument against the inherent flaws in America’s adversarial criminal justice system in which, Krakauer writes, “Due process trumps honesty and ordinary justice.” For anyone distressed by the high rate of sexual assault afflicting young women, and who wants to understand some of the ways in which the justice system fails them — and shouldn’t that be all of us? — Krakauer’s book is worth reading.

“I am sorry everyone is bent out of shape. I understand why, but I don’t apologize for the title,” Krakauer said. He said that he was disturbed by the town’s focus on negative publicity instead of the rapes that happened there. “They are outraged that the city was besmirched by the book title, not by what is revealed in the book…. That doesn’t make me think well of Missoula. They are focused on the wrong thing here. They say it was not worse than any other town, but that’s not something to be proud of.” 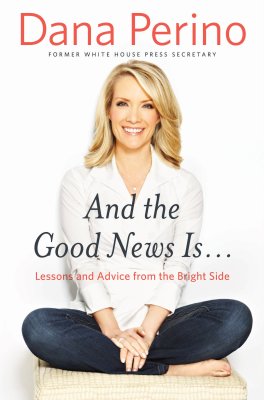 5 Things We Learned About George W. Bush From Insider's New Memoir
Next Up: Editor's Pick