That might seem unfair, but I think this is worse: Mr. Everything is also currently unavailable for purchase.

I couldn’t tell you when I first encountered Mr. Everything — I get a lot of pitches from publicists, and I do even more independent research — but I can say with authority that I’ve met more than a hundred products like him over the past year. And when I say “like him,” I don’t mean a speaker/LED light-combo that quadruples as a utility box and a power bank with wireless charging, because that would be a truly original product (if it was available). Instead, I mean vaporware, because an alarming amount of products being heralded today — like Mr. Everything — have yet to materialize.

Coin, the credit card to replace all credit cards. GoTenna, the private, ad-hoc phone network antenna. MyIDkey, a fingerprint-locked USB drive for storing and displaying passwords. Navdy, the smartphone-connected heads-up display for your car. These are just four high-profile examples of troublesome “Preorder Now” products. If you’re even moderately tech-savvy or plugged into the media you’ve probably heard of them — and that’s a problem because they don’t exist (yet). Frankly, it’s possible that they never will.

According to research by Matthew Witheiler, a venture capital investor at Flybridge Capital Partners, 91 venture-backed, crowdfunded products raised more than $575 million last year, and just 20% of them delivered on time. Kickstarting and investing aside, simply think of that in shopping terms. If four out of five of your Amazon orders came late, you’d cancel your subscription to Prime. But the reality is that whether they are VCs or crowdfunding supporters, people are increasingly buying companies’ hopes and dreams, and receiving little but promises in return.

Scott Miller, CEO of Dragon Innovation, is a big fan of crowdfunding because, in fairness, his company’s “Dragon Certified” program exists to help products navigate the “preorder” process and reach consumers’ hands. “Whenever people open their wallets to vote for something that doesn’t exist yet, there is some strength to that signal,” he says. But the real advantage to getting the money up front is that creates the capital necessary to offset the cost of tooling, lets product designers know how much inventory they need to produce, and it’s also a cheap and easy way to get some word-of-mouth marketing.

Don’t get me wrong, there’s nothing wrong with cheap and easy marketing — if you’re broke and have a challenging road ahead. For instance, The Coolest, the “Mr. Everything” of coolers that beat Pebble’s Kickstarter’s crowdfunding record, rode that wave expertly, and is now doing its damnedest (with the help of Dragon Innovation) to deliver on a $13 million promise to more than 62,000 backers by July. Technically that’s five months late, but in fairness, the inventor (one man, not a company) only hoped to raise $50,000 to begin with.

But The Coolest no longer holds the Kickstarter record. Pebble, which raised more than $25 million in VC funding after its initial record-breaking Kickstarter campaign, launched its Apple Watch-competitor Pebble Time on the crowdfunding site, nabbing another $20 million in preorders to take that title back.

“It was just a great marketing opportunity to take the number one spot from Coolest and move the bar up,” says Miller. “They could get velocity right out of the gate and put some nice stats on the board—I think there’s definitely some merit to that.”

That’s his opinion. Mine is that Pebble’s play was a cheapskate move and crowdfunding’s marketing advantage is what causes the “preorder now” problem. To capture this buzz, companies are crowdfunding on their own sites, simply slapping up products with “preorder now” buttons, and unleashing their publicists to get coverage for gear that can’t be reviewed, much less held, poked or prodded. And in the tech media echo chamber, news outlets eat it up, clamoring to refresh their sites with stories on new products, whether they’re real or not. The marketing game has accelerated so much that reporters are being fed embargoed stories with such regularity that it’s now an industry joke.

That may seem like a media problem. But it’s more than that, because “Preorder Now” is companies selling non-existent products to consumers who are willing to purchase gear on speculation. And when those gadgets fail to materialize, the hardware becomes vaporware, but the money still holds the same value — only it’s no longer in people’s pockets anymore. And though it’s just $100, $200, or $300, that’s still a bubble bursting. The Preorder Economy — the products that are late on average 80% of the time — is a thousand little bubbles, popping all the time.

And now with the launch of products like Apple Watch, “Preorder Now” has hit the mainstream. Of course I know this is hardly the first time that Apple has made its customers order its products in advance. But it may be the first time it’s ever had no products available for sale in-store on launch day.

Miller imagines that Apple’s preorder strategy may have more to do with ramping up manufacturing than building up demand. “Usually in a ramp, you wouldn’t throw the switch all at once—you’d kind of ramp up to your steady state,” he says. So, if the actual date they can get up to full speed is July, estimates Miller, “building up that demand and hunger is probably a pretty good strategy.”

Perhaps. But it’s not a good example for other companies to follow. Firstly, by signaling your product too soon, they risk other companies swooping in and eating their oatmeal (see Coin competitors Swyp and Plastc). Secondly, frankly, burned journalists like me aren’t going to cover them anymore. I won’t say that I’ll “never” cover preorders, but I’ll do everything in my power to avoid it.

Of course, it’s fair to point out that I’ve already written several Apple Watch stories — so why not cover other companies’ gear? The obvious difference is that they aren’t Apple, that they don’t have $178 billion in cash stockpiled, and haven’t defined or redefined half a dozen major product categories. Still, that doesn’t excuse Apple. I ordered my watch seven minutes after it was available for sale, and for that, I’m getting it three weeks after launch date? Pony up the bucks, Apple. You’re better than that. 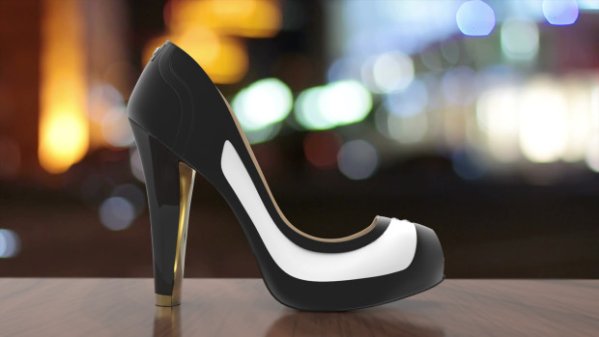 These High-Tech High Heels Change Color With the Click of an App
Next Up: Editor's Pick