Warning: Spoilers for Sunday’s episode of Mad Men ahead.

Audiences bid adieu to yet another Mad Men character Sunday night — this time to Glen Bishop, the Drapers’ neighbor who once asked for a lock of Betty’s hair and has carried a flame for her ever since. Glen (who is played by show creator Matt Weiner’s son, Marten Weiner) made a move on Mrs. Francis before he got shipped off to Vietnam. Betty, though flattered, rebuffed his advances.

January Jones — whose new film, Good Kill, opens May 22 — speaks with TIME about the scene, Betty’s surprising maturity in the final season of the show and what lies ahead for her TV daughter, Kiernan Shipka.

Glen and Betty have had this interesting — sometimes even creepy — relationship. What do you think of its resolution?
I love that storyline, and I always have. I don’t find it creepy. I think it just says a lot about Betty’s character and her emotional maturity level that she relates so well to Glen, who is far younger than her. She’s gone through many different stories with him, from when they first met to when she was jealous of Sally’s relationship with him.

This last chapter, I think, sort of opened her eyes to the reality of the situation and the logistics of it. I think selfishly she’s always thought about how everything affected her, and she’s realizing finally how it affected him. And she dealt with it in a very maternal way.

She’s finally starting to mature, unlike Don.
Baby steps! [Laughs.] It’s taken about nine years, but she’s finally getting there.

Kiernan Shipka has played your daughter Sally on the show for almost a decade. Now, she’s going to be pursuing her own career. Have you offered her any maternal advice?
No way. I don’t have any advice for her. She’s a smart girl. A smart woman. If anything, I would ask her for advice. She’s so well-rounded, mature. She’s been in the business for a really long time, and she’s doing things in this really healthy way. I’m so proud of her. I’m so proud of having been able to watch her grow into a great actress and young woman. 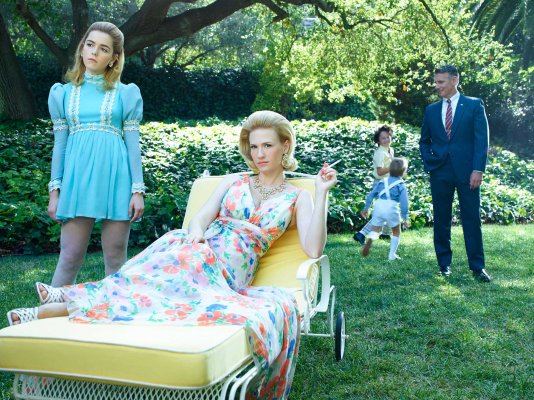