Daniel Berehulak, a photographer with Getty Images Reportage, has won the coveted Pulitzer Prize in Feature Photography for his extensive coverage of the Ebola outbreak in West Africa.

Berehulak, who covered the outbreak for the New York Times, was in Liberia and Sierra Leone for more than 14 weeks in 2014. “Most media outlets have people that stay here for around five to 10 days,” Berehulak told TIME last year. “Editors are extremely nervous — there’s a lot of pressure and a lot of restrictions.”

The finalists in the Feature Photography category were Bulent Kilic of Agence France-Presse “for his compelling photographs of Kurds fleeing ISIS attacks in small Kurdish towns on the Syrian-Turkish border,” the Pulitzer committee said in a statement, and Bob Owen, Jerry Lara and Lisa Krantz of the San Antonio Express-News “for chilling photographs that document the hard road Central American migrants must follow to seek refuge in the U.S.”

Read How a Photographer is Covering Ebola’s Deadly Spread

In the Breaking News category, the Pulitzer Prize went to the St. Louis Post-Dispatch’s photo staff for “powerful images of the despair and anger in Ferguson, Mo., stunning photojournalism that served the community while informing the country,” the committee said.

“When all the world’s media leaves, this is still our neighborhood,” the newspaper’s director of photography Lynden Steele told TIME last year. “We have to work knowing that what we do now will come back to us a month from now. We have to be able to stand by what we’re doing now because we’re going to be in that neighborhood weeks, months, years from now.”

Read Inside Ferguson With Photographers From the St. Louis Post-Dispatch 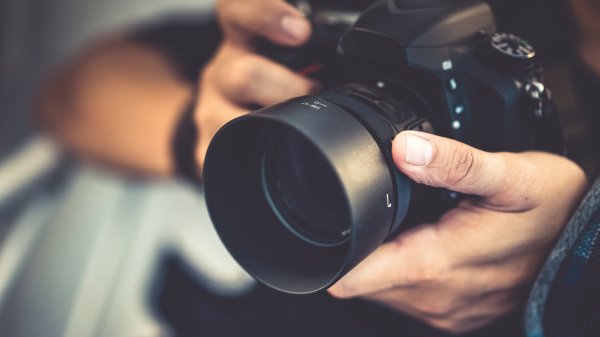 A Charlottesville Photographer Took His Tragic, Pulitzer Prize-Winning Shot on His Last Day. Now He Works for a Brewery
Next Up: Editor's Pick