Be a Helium Parent, Not a Helicopter One

When police keep parents from their own children for the crime of letting them walk home alone, something has gone radically wrong.

In Maryland, two children, ages 6 and 10, were held for hours after a 911 call alerted police they were unaccompanied in a park last week. Police had picked up the same children while they were walking home alone in the not-so-wild streets of their neighborhood last December. Their mother has said that parenting is an exercise in “risk management.” That is exactly right. Children once were given the chance to explore, to stumble, to be hurt, and to heal. It is time to reject helicopter parenting and replace it with helium parenting.

We should hold on to our children as a child holds on to a balloon. Let them rise, float on their own, but keep a grasp on the string. In time we will need to release our grip, but in the meantime, instead of hovering from above, we should be holding lightly from below. Think of it as parental string theory.

Most parents now monitor their children so closely with electronics that there is no true escape. We beep, buzz, text, Facebook, Skype and skulk our way around each other’s space, especially that of our kids. We aren’t just helicopter parents; we are helicopter parents with radar.

Growing up in Pennsylvania, my brothers and I walked to school each day. We played football unsupervised in the streets. On Saturday afternoons when we were the same ages as those Maryland kids, we would walk around the neighborhood and visit people. The chances then as now, that a child would be snatched by a stranger were extremely rare.

As we are made increasingly aware of each crime, America has become a strange paradox — a society whose fear rises with each advance in security. We are safe and scared. The more medicine eliminates diseases, the more obsessively we put Purell on our hands. The more meticulously we test our drinking supply, the more we turn to bottled water. Almost any risk has become unbearable — but without risk there is no life.

Human beings have a cognitive bias that overestimates the frequency of dramatic calamities. In his book Protecting the Gift, child-safety expert Gavin De Becker points out that compared to a stranger kidnapping, “a child is vastly more likely to have a heart attack, and child heart attacks are so rare that most parents (correctly) never even consider the risk.” People regularly miscalculate real risk — that is why some who are terrified of planes don’t buckle their safety belts in cars, even though the chances of a car accident are far greater than dying in a plane crash.

This nation was built by immigrants and pioneers. Both take great risks. In our attitudes toward our children, however, we have become a timid nation, making the circle of our children’s lives ever smaller, leaving them in front of a screen to experience the world. Parenting by panic is damaging to children.

Seeing kids walking home from school should lift our collective spirit. Children have walked to and from school for generations. Remember Shakespeare’s “whining school-boy with his satchel/ And shining morning face, creeping like snail/ Unwillingly to school”? Walking to school is an age-old rite of passage. Faced with the admittedly terrifying prospect that something might happen to our daughters and sons, we choose to transmit our terror to them rather than our confidence.

Helicopters are big, expensive, cumbersome, and dangerous. They look down. Balloons are colorful, joyous, and free. Be a helium parent. Look up. 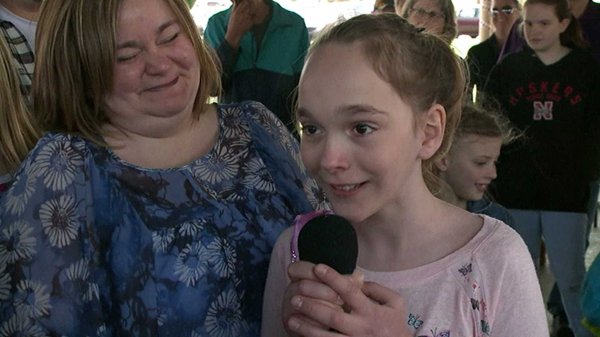