The Other Half of the Casey Jones Legend: His Wife

Casey Jones, sitting in the cab of engine No 638, in 1900.
PhotoQuest/Getty Images
By Lily Rothman

It’s been 115 years since the fateful morning — April 30, 1900 — when railroad engineer John Luther Jones, called “Casey” after his hometown of Cayce, Ky., agreed to drive an extra midnight run between New Orleans and Chicago.

Anyone who’s heard the classic American song “The Ballad of Casey Jones” knows what happened next: Before dawn, near Vaughn, Miss., the train was flying down the track, trying to make up for lost time. The engine approached a spot where a freight train was moving off the track into a siding; Jones saw that it was moving off the main rail too slowly, that his train wouldn’t be able to miss the end of the freight train. Jones hit the brakes but it was too late. He ordered his co-worker to jump but wouldn’t abandon the train himself. He died in the crash and one of his co-workers was so upset that he wrote a song about Jones. Meanwhile his wife, according to one version of the song, told her distraught children to stop crying over the news, because they had “another papa on the Salt Lake Line.”

That brief coda to the song was, in reality, a long epilogue to the true story of Casey Jones.

In the years following her husband’s untimely death, Mrs. Casey Jones appeared several times in the pages of TIME, and in the early years the magazine often took a semi-snarky tone when it came to her doings. In 1928, for example, she filed a lawsuit against a movie studio that was planning to make a Casey Jones movie without her permission. In 1934, she made news by participating in a ceremony marking the 80th anniversary of the railroad in the region.

“Widow Jones,” who the magazine had noted “looks well and buxom,” later called that TIME story “a conglomeration of lies.” (For example, Engine No. 638 was not in fact the number of the train on which Casey Jones died.) In her letter to the editor, she warned TIME to never again attempt to write about the Casey Jones story without her permission.

At first, the litigious widow who tries to stop a magazine from writing about her world-famous husband hardly seems worthy of serious consideration. But, to her, correcting errors about Casey Jones had been no laughing matter. Though her husband had died a hero’s death, she lived for nearly six more decades, world famous for a baseless allegation that she had not been faithful. In 1958, when she died, TIME finally set the record straight:

Read the full 1958 story, here in the TIME Vault: The Legacy of a Legend 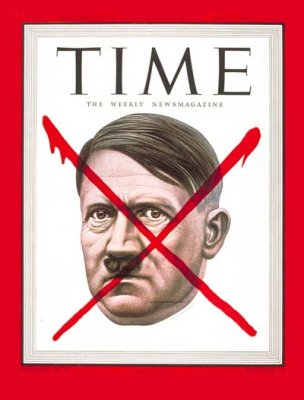 How the World Learned of Hitler's Death
Next Up: Editor's Pick