Q: What does a female first lieutenant serving in Afghanistan have in common with a troubled and manipulative women’s magazine editor? A: Both are the main characters of new books optioned by Reese Witherspoon’s production company, Pacific Standard. Ashley’s War: The Untold Story of a Team of Women Soliders on the Battlefield, by Gayle Tzemach Lemmon, out this week, and Luckiest Girl Alive by Jessica Knoll, to be published next month, are the latest in Witherspoon’s cadre of tough cookies that make great fodder for Hollywood actresses whose cookie jars are often stocked with stereotypes.

“[Reese and I] created our company to develop and produce film and television with complex and interesting female characters,” Witherspoon’s production partner, Bruna Papandrea, said through a spokesperson. Some of the protagonists are everywomen, more representative of someone you could know in real life. (See: Reese’s turn as a grieving hiker in Wild, which Pacific Standard produced.) Others are characters whose weaknesses or even malevolence are outsize but just as interesting. (See: The scary but slightly sympathetic Amy in Gone Girl, also produced by Pacific Standard.) Either way, they avoid simplistic portrayals of feminine tropes: the virgin, the whore, the nag, the nurturer. For wherever their plots fork on the path, Cheryl and Amy both contain multitudes, just like real women.

Wild and Gone Girl made for a remarkable first two movies out the gate for Pacific Standard, racking up a collective three Oscar nominations and five Golden Globe nods. They both happened to stem from bestselling books. As a book lover who posts her latest reads on Instagram the way other celebrities photograph new accessories, Witherspoon is a starry bridge between Hollywood and the literary world — she even announced today that she’ll narrate the audiobook for the summer’s most anticipated novel, Harper Lee’s Go Set a Watchman.

Pacific Standard has already optioned half a dozen books, ranging from The Engagements, a multi-plot-line reflection on marriage by J. Courtney Sullivan, to Big Little Lies, by Liane Moriarty, a story of motherhood and murder that Witherspoon will reportedly make as a limited series for television and co-star in with Nicole Kidman. Witherspoon may not appear in all of them — she reportedly stepped aside when David Fincher said she wouldn’t be right to play Amy in Gone Girl — but her push for women will be steadily behind the camera. (She’s also producing and starring opposite Sofia Vergara in Hot Pursuit, out May 8, which is not a book adaptation.)

Pacific Standard bought the rights to Ashley’s War in March, competing in a bidding war for the book while it was still in galleys. Lemmon, a veteran reporter for ABC News, The Atlantic, Newsweek and others, tells the story of the first all-Army, all-female team to serve in Afghanistan alongside the Special Operations Forces, focusing on Ashley White, who became the face of the pioneering Cultural Support Teams.

“Reese had often talked about trying to find a military story with women at the center and it is something that has always been very close to her heart,” said Papandrea. “When we read Gayle’s book we were both so inspired by these amazing women and this truly remarkable story of strength and courage.”

The troops in Ashley’s War are a humble bunch whose utility to the Army proved particularly invaluable during night raids, when men were unable to get intel from Afghan women due to cultural differences. A female soldier, however, could make the women and children feel safe and respected while gathering information about potential insurgents and dangers. As Lemmon describes it in the book, “Their job was to be the softer side of the hardest side of war.”

“What is extraordinary about what they’re doing,” Lemmon said in an interview, “is they are bringing to the big screen, to the most American of media, stories that we wouldn’t otherwise necessarily hear about strong women who are leading in all kinds of situations. And it’s not that all of the characters are infallible — quite the opposite. But they’re real, they look like our mothers, our daughters, our wives in this country.”

Luckiest Girl Alive’s protagonist is TifAni FaNelli, an insecure, status-obsessed editor at The Women’s Magazine. (Knoll herself worked at Cosmopolitan and SELF). But she has a dark secret — a past that’s known to everyone in her world who heard about the horrific event on the news a decade earlier, but is revealed to the reader incrementally.

Viewers probably won’t leave Luckiest Girl Alive wishing they had a friend just like TifAni, but they may see elements of the friends they already have in her. And if they liked Gone Girl, they’ll be thrilled to see another woman who’s allowed to be smart and mean, vulnerable and detestable. In another Hollywood, she might be a secondary character, a mean girl who serves as a foil to an ingenue’s goodness. Here, she can bask in the limelight.

Lemmon, for one, hopes the range of female characters we often find in books will trickle down to more visible platforms through work like Pacific Standard’s. “You think about what are your daughter’s going to watch on TV,” she says. “You want them to see people who look like America does.” 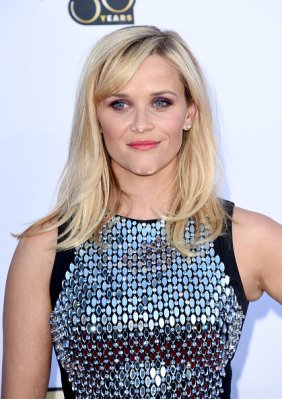