John Oliver used his Last Week Tonight soapbox to deliver a searing take down of the U.S. patent system. Patents, or as Oliver calls them “legally binding dibs,” are an integral part of business, at least according to the judges on Shark Tank.

While patents are an essential protection against theft for inventors, there are those who abuse the system — the so-called patent trolls who stockpile patents and threaten possible infringers with frivolous lawsuits. Oliver thinks calling them “patent trolls” is insulting to trolls. “At least trolls actually do something,” he quips, “they control bridge access for goats and ask people fun riddles.”

Patent trolls force businesses to shell out tons of money, which can impede innovation, particularly in the software industry. Large companies, too, can hinder the success of small businesses by charging them huge sums to license patents that cover very simple ideas.

“This system is insane,” ranted Oliver. As usual, he reserves some ire for lawyers, noting that letting trial lawyers make decisions about “more baseless lawsuits” was the equivalent of “letting raccoons make laws about trash can placement.” 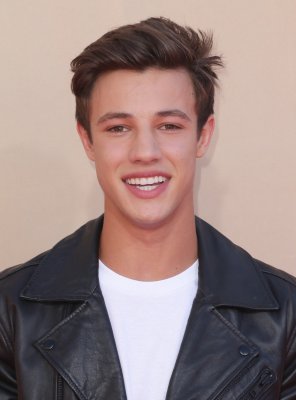 Cameron Dallas Just Dropped His Debut Single 'She Bad'
Next Up: Editor's Pick