WHO Has Acknowledged the Failings of Its Ebola Crisis Response

Health workers walk inside a new graveyard for Ebola victims, on the outskirts of Monrovia, Liberia on March 11, 2015.
Abbas Dulleh—AP
By Kevin McSpadden

Top leaders at the World Health Organization (WHO) have admitted to being “ill prepared” to handle the Ebola outbreak and released a comprehensive list of agency failings as well as suggested reforms they and global policymakers must realize moving forward.

“We can mount a highly effective response to small and medium-sized outbreaks, but when faced with an emergency of this scale, our current systems — national and international — simply have not coped,” said WHO Director-General Margaret Chan, Deputy Director-General Anarfi Asamoa-Baah and the organization’s regional directors in a joint statement dated April 16.

The statement listed eight lessons WHO learned from the crisis, including “communicating more clearly what is needed.”

The statement also articulated nine remedies WHO must undergo to better handle large outbreaks in the future — such as intensifying “our advocacy with national authorities to keep outbreak prevention and management at the top of national and global agendas,” as well as establishing a “Global Health Emergency Workforce” and a contingency fund.

In a separate “situation report” dated April 15, WHO said there were 25,791 suspected Ebola cases in Guinea, Liberia and Sierra Leone with 10,689 deaths. 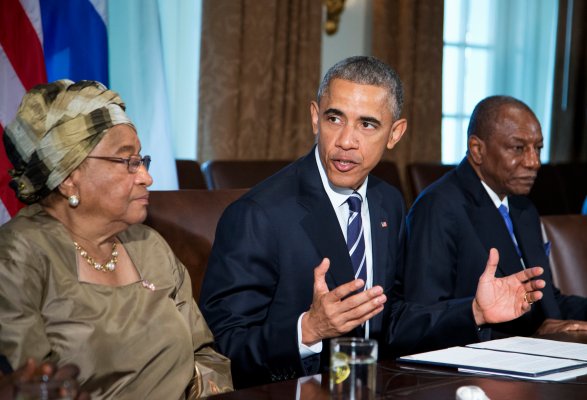 Ebola Fighters Say Now Is Not the Time to Let Up
Next Up: Editor's Pick