Target Struggles to Deal With Demand for Lilly Pulitzer Line

Target was hoping for a smooth launch for one of its most highly anticipated designer collaborations in years.

Instead, the discount retailer’s website was overwhelmed in the early hours on Sunday as legions of fashionistas who had been up overnight tried to snap up Lilly Pulitzer’s fashions, only to encounter delays in the colorful beachwear line’s availability on Target.com and in many case, end up empty-handed. The incident has raised questions as to why the retailer wasn’t fully ready for the onslaught.

At about 1 a.m. Eastern time, Target told customers via its Twitter feed that its “website is updating and will be shoppable soon.” Then, two hours later, Target said that “due to overwhelming excitement” for the Pulitzer line it was adjusting Target.com—only to tell shoppers an hour later that it was “continuing to work through our website experience.” The company was limiting the number of customers who could access the site at certain times, and at one point, Target made the site inaccessible for 20 minutes or so to grapple with the heavy traffic.

Finally, at about 6 a.m., the collection was available on line, but sold out so quickly that many night owl shoppers couldn’t buy anything, provoking a lot of anger that spilled over into social media.

Because this was a limited collection, Target will not be replenishing its stock, compounding the frustration. There were reports of long Black Friday-like lines at Target’s physical stores, with the Associated Press reporting a line of 300 shoppers at a store in East Harlem in the pre-dawn hours, meaning consumers will have little luck at stores too.

“Due to heavy traffic, we experienced slowness to our site, resulting in an inconsistent experience for our guests,” Target spokesman Joshua Thomas told Fortune in an e-mailed statement. “We realize there is an extreme amount of excitement around this collaboration, and we apologize for any disappointment this may have caused our guests.”

Customers might not be the only disappointed ones. Brian Cornell, who became CEO in August, had made deep datacollection and analysis, including intelligence gathered via social media, a cornerstone of his management style, as detailed in a Fortune profile in February.

Target knew demand would be huge for the collection. (There were hundreds of people at a preview event in New York’s Bryant Park last week.) Throw in the intelligence that the company presumably got from social media since the collection was announced in January, along with the big investments it has made in recent years in the website, and the Pulitzer snafu seems all the more confounding and embarrassing.

The problems with the Pulitzer launch are reminiscent, if a bit less dramatic, than Target’s 2011 disaster with the launch of its Missoni collaboration. Back then, heavy demand actually crashed the Target site. Until shortly before that incident, Target.com had been run by Amazon.com AMZN -2.71% and the Missoni fiasco was a wake-up call to the retailer to beef up its e-commerce firepower. And indeed it has, with the company working hard to close the e-commerce gap with big rivals like Wal-Mart Stores WMT -1.72% in recent years.

Under Cornell, e-commerce will continue to be a priority. At an analyst day in early March, Target told Wall Street it planned to spend $1 billion on digital commerce this year.

The Pulitzer launch shows that this is likely to be money well spent. 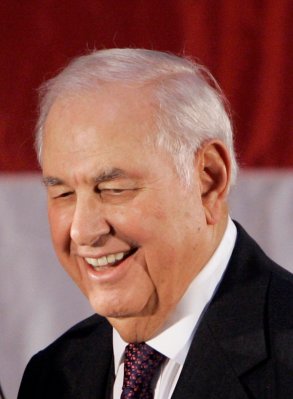