Alton “Ben” Powers, known best for his work on CBS sitcom Good Times, has died, according to The Hollywood Reporter. He was 64.

Powers passed away on April 6 in New Bedford Massachusetts, according to his family obituary. The cause of death has yet to be revealed.

Powers joined Good Times in its final and sixth season from 1978 to 1979. His character Keith Anderson, a pro football player, married Thelma (Bernadette Stanis) early in the season.

Born in Brooklyn, New York, but raised by his grandparents in Providence, Rhode Island, the actor attended the prestigious Rhode Island School of Design for painting and sketching.

He was a regular stand-up comedy performer in Providence, which attracted the attention of a Hollywood agent and gave him his big break. He joined the cast of sketch comedy series Laugh-In during it’s revival in 1977, where he starred alongside the late Robin Williams.

The actor also starred as Moochie on CBS’s Mickey Spillane’s Mike Hammer and made many guest appearances on hit shows like The New Odd Couple, Laverne & Shirley and The Greatest American Hero.

In addition to his lengthy television resume, Powers also appeared in several films, including Cheech & Chong’s Next Movie and The Man Who Loved Women.

Powers was also a pianist, composer, and vocalist – a skill he often incorporated into his comedy routines.

Powers is survived by his mother and two sisters. 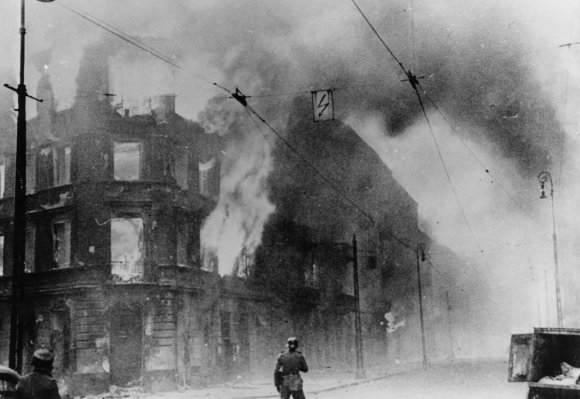 Why Holocaust Remembrance Day Is Today
Next Up: Editor's Pick