The Running Club Where Boston Bombing Survivors Take Strides Together

The members of the 415 Strong running group have little in common in their day-to-day lives. There’s a man who owns a small business, a teacher who does volunteer work in her spare time, a woman who works in real estate. Some of them have kids and others aren’t thinking about starting a family. Some enjoy running, while others never could have pictured themselves running for four hours without stopping.

What ties the group together is that fraction of a mile on Boylston Street in Boston where they all happened to be standing on April 15, 2013 when a pair of brothers executed the most devastating terrorist attack in the United States since 9/11. In the wake of a tragedy, the group formed through word of mouth and began meeting regularly in Boston to trade recovery stories and advice.

“We were strangers, but we all went through the same thing,” said Sabrina Dello Russo, 39, a real estate project manager who suffered a shrapnel injury and now has post-traumatic stress disorder (PTSD). “People who didn’t experience what I did don’t understand, but I can easily talk to the 415 team.”

On Monday, 25 members of 415 Strong will return to the Boston Marathon finish line. But this time, they won’t be spectators—they will be running, together, past the scene of the attack that changed all of their lives. The journey of training physically and mentally for this marathon has been a way to bond, and also a way to heal.

“We’re all in it for a common goal. To heal, to build resiliency, to reach new levels,” said Elizabeth Bermingham, 31, an elementary school teacher who suffered shrapnel wounds and a burst eardrum. “It gives empowerment for healing.”

For most of the members of 415 Strong, running was not a passion before the marathon. Given the location and timing of the bombs, most of the people injured were spectators, many of whom had no running experience. But when the Boston Athletic Association (BAA) offered in the fall of 2013 to give free entry to the marathon to anyone who had been hurt, many jumped at the opportunity.

Dave Fortier, one of the few runners injured in the bombing, helped turn the support group into the 415 Strong running group. He planned training sessions and enlisted the help of professional marathoner Jack Fultz to help novices prepare. Some survivors were able to run in 2014, but many decided to spend more time training and will be running for the first time Monday. Participating in the race provides an opportunity for victims “to take back the marathon,” Fortier said.

415 Strong, named for the month and day of the bombing, has remained a support group as well. Dello Russo, who was on the sidelines waiting for a friend to pass when the bombs went off, said she has a “love-hate relationship” with running, but encouragement from the group gets her through each run. When the group isn’t running, Dello Russo appreciates the company of people who experienced the same tragedy in the same way.

“I can’t be in a stressful environment where people are loud and everyone is yelling. I tend to remove myself. People who didn’t experience what I did don’t understand that,” she said.

The group also provides an outlet for discussion, where Dello Russo can talk openly about her fear of crowds. She says she couldn’t have returned to the race as a spectator, but running the marathon with the support of her friends has allowed her to work through her PTSD. Fortier, who runs a small telecommunications company, found his doctor through the group. In recent months, the group has been a place to discuss the trial of now-convicted marathon bomber Dzhokhar Tsarnaev.

“The emotions surrounding it took me by surprise. I’m really not sure I totally figured it out yet,” Bermingham said of Tsarnaev’s guilty verdict. “That day my phone just didn’t stop buzzing with the marathon family just checking in.”

While the trial and the second anniversary of the bombing have brought the events back into the limelight, members of the group say they’ll remain friends long after the media attention fades and the bombing becomes history. Much of what they talk about these days is their families and their many interests outside running.

For Fortier, 415 Strong plays a bigger role than simply providing a place to talk about experiences. “We all came together out of something very tragic. There is evil in this world and there’s a lot of it, and we experienced some of it on Boylston that day,” he said. “But there’s so much more good than bad.” 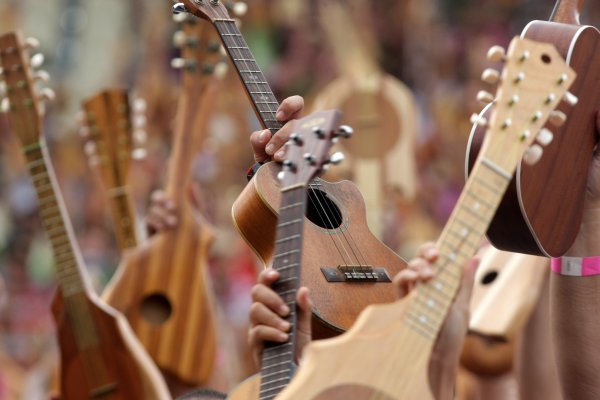