Former Florida Gov. Jeb Bush said Friday he had no regrets about fighting to keep Terri Schiavo alive, addressing the mid-2000s controversy on his second trip to New Hampshire this year.

“I don’t think I would have changed anything,” he told New Hampshire business leaders at St. Anselm College’s Politics and Eggs breakfast in response to a question about whether he would have handled things differently with the benefit of hindsight.

As governor, Bush signed into law a state measure that gave him the authority to intervene to keep Schiavo, who was in a persistent vegetative state, alive. Her parents fought for more than a decade to keep her feeding tube in place, while her husband, Michael Schindler fought to remove it arguing she would not have wanted to remain on life support.

That law, known as Terri’s law, was found unconstitutional, as was a federal effort by then-President George W. Bush.

“It was one of the most difficult things I had to go through,” Bush said. “It broke my heart that we weren’t successful in sustaining Terri’s life.”
Bush said there was one thing he would have changed—wishing that Schiavo had a living will that would have made government intervention unnecessary.

“In hindsight, the one thing that I would have loved to have seen was an advance directive—that the family would have sorted this out,” Bush said.

He added, that he was potentially favor of a federal requirement that Medicare beneficiaries complete a living will to address end-of-life issues.

“I think if we’re going to mandate anything for government, it might be that if you’re going to take Medicare, that you also sign up for an advanced directive where you talk about this before you’re so disabled,” he said. 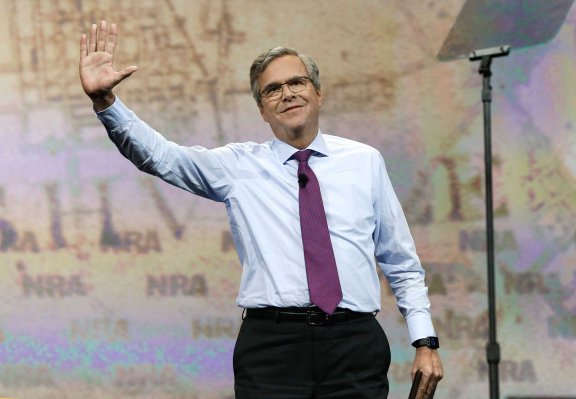