Why We Should Stop Looking for Malaysia Airlines Flight 370

On Thursday, officials announced that the search area for missing Malaysia Airlines Flight 370 would be doubled to 120,000 sq km (46,000 sq. mi.) if the errant aircraft is not discovered in the southern Indian Ocean by May.

Malaysian Transport Minister Liow Tiong Lai told reporters that he was “committed to the search,” while his Australian counterpart Warren Truss said, “We are confident we are searching in the right area.” (Australia is coordinating efforts as the nearest nation to the presume crash site.)

However, it has been over 13 months since the Boeing 777 vanished on March 8 last year soon after leaving Kuala Lumpur for Beijing with 239 people on board. The subsequent search operation is by far the most expensive ever attempted, already costing Australia and Malaysia over $90 million, yet not a scrap of debris has been found.

Extending the search is thought to entail spending an additional $40 million.

Jason Middleton, an aviation professor at the University of New South Wales in Sydney, tells TIME that it is hard to justify expanded efforts.

“I’m not in the position of being one of the relatives, and I deeply sympathize with their situation,” he stressed. “However, once the areas of highest priority have been searched there are diminishing returns when increasing the area.

“This means there’s a huge amount of money being spent, and if you’re looking at saving lives through improving future safety outcomes, then the money is arguably much better spent in a whole variety of other areas rather than just ‘mowing the lawn’ in the ocean trying to find something.”

For families of passengers, two-thirds of whom were Chinese, finding out what happened to their loved ones is naturally of paramount importance. But there is also a feeling that their loss will not have been in vain if the safety of future flights can be improved.

“It’s necessary to find the plane, not only for the lives that have been lost, but also for the safety of future passengers and crews,” Jennifer Chong, whose husband Chong Ling Tan was on board MH370, tells TIME. “The money will not be wasted.”

Jennifer Chong says she hopes that officials will also consider going back to the drawing board and consider other theories that suggest the plane might have gone down somewhere other than the current search site.

“We do hope that they will explore other areas,” says Chong.

Middleton is of the opinion that “this was most probably some kind of suicide [similar to Germanwings].” He explains that “it’s very unlikely it was a totally mechanical set of failures. We’ll never know what’s behind the brain of the person who caused the crash, so in terms of ongoing safety ramifications, the search seems likely to yield very little.”

The sudden decision to increase the search also seems curious, given that officials had earlier dropped hints about scaling back efforts. Despite Truss’s “confidence” on Thursday, only last month he conceded, “We clearly cannot keep searching forever,” amid rumors that the operation was to be called off within weeks.

“It’s been highly politicized from the start, as seen by the dribbling of information from the Malaysian government,” says Middleton. “Had the correct information been released earlier, it might well have resulted in a much smaller search area, as the question of whether the aircraft flew low or high early on has an impact on fuel consumption, hence how far the airplane may have been able to fly into the southern [Indian] Ocean.”

Compounding matters, the current search area is based almost entirely on satellite-data analysis from British telecommunications firm Inmarsat. This tracked a series of maintenance pings using groundbreaking analysis techniques as MH370’s own secondary radar was disabled in the cockpit. However, corroborating the Inmarsat data is impossible, meaning the search could be taking place in entirely the wrong place.

“The total lack of debris is a puzzle,” says Middleton. “And the Inmarsat information cannot be tested by intelligent and capable people because they do not have access to the proprietary information from Inmarsat.”

He adds: “The Inmarsat stuff is untestable. And although I’m not suggesting they’ve done anything improper, the search area relies very much on their calculations, and if they have made errors, we are not able to replicate their calculations. And there’s a chance they’ve stuffed up and the plane is not there at all.” 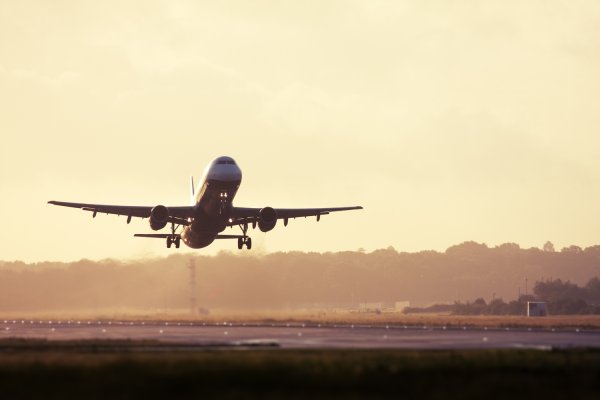 Here's Why Wi-Fi on Planes Could Lead to Disaster
Next Up: Editor's Pick