Seventy years ago on this day, April 28, 1945, the fascist dictator Benito Mussolini was executed after a failed attempt to flee Italy with his mistress. In his report on Mussolini’s last days, TIME correspondent Reg Ingraham recalled one of the dictator’s famous lines from earlier in World War II: “If I retreat, kill me!”

Ingraham’s report shows how that instruction played out in ways that Mussolini surely did not mean. A timeline presented in TIME’s May 7, 1945, issue begins on April 22, with the first wave of strikes against the fascists and their German allies. By April 25, the dictator’s retreat had begun, when the Swiss denied an asylum request for Mussolini’s family.

Mussolini and his mistress, Clara Petacci, attempted to escape to the north. They were foiled when a partisan known only as Eduardo found Mussolini in the town of Dongo and sent men to arrest him and sentence him and Petacci to death by firing squad.

After the execution — and before his body was hung from a scaffold to give the crowds a better view — Mussolini’s corpse was laid out on the ground in the Piazzale Loreto. TIME described the moment as “one of history’s raw spectacles,” and Ingraham described what he saw thus:

Read the full story, here in the TIME Vault: Death in Milan 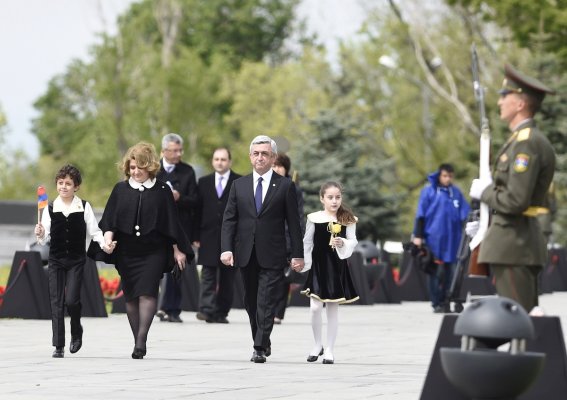