The White House has a new social secretary, or the person whose job it is to make sure events at 1600 Pennsylvania Avenue go off without a hitch. Deesha Dyer, 37, was named the new head of the East Wing office on Thursday, and becomes the second black woman to hold the position. She takes the reins from Jeremy Bernard, the office’s first male and openly gay social secretary, who announced he would step down at the end of the month.

Dyer currently serves as the second-in-command in the Social Office, having worked her way up from an internship when she joined the White House staff in 2009. In a statement, First Lady Michelle Obama said she’s been impressed by Dyer’s “passion, creativity, public-mindedness, and relentless competence.”

“Whether helping flawlessly execute state dinners, or going the extra mile to open the White House to people who never dreamed they would walk through these doors, Deesha has worked tirelessly to truly make the White House the ‘People’s House,’” Obama said. “I am thrilled that she has agreed to continue her service as our Social Secretary.”

Dyer’s path to the White House is a bit atypical. According to the statement, she didn’t go to college immediately after high school, opting instead to work as a freelance hip-hop writer and at several companies in her hometown, Philadelphia. At 29, Dyer went back to school to obtain an associates degree from the Community College of Philadelphia, around the same time Barack Obama, then an Illinois Senator, announced he was running for President. In an interview with Refinery 29, Dyer said she hung a picture of Obama on her desk, telling herself that one day she would end up working for him, even though she didn’t quite know how she’d make it work.

But at 31, she did. She applied for an internship at the White House and was hired to work in the Office of Scheduling and Advance. In 2010, she was brought onboard for a full-time position in the scheduling office and later became the Deputy Director and Hotel Program Director. Two years ago, she was promoted again to become the Social Office’s deputy director.

Dyer said in a statement that she is “honored” to serve in the new role.

“I am constantly inspired by the openness, diversity, and traditions of this Administration,” she said, “and I look forward to leading the talented Social Office team as we further the goals and priorities of the President and First Lady throughout these last two exciting years in office.” 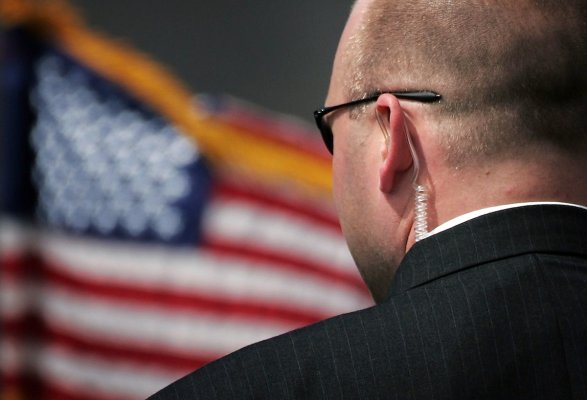 No Counterfeits: The History of the Secret Service
Next Up: Editor's Pick