Ideas
By Bruce Barcott
Bruce Barcott is the author of "Weed the People, the Future of Legal Marijuana in America."

1. Marijuana’s Mystery Is a Fleeting Quality. The first time I entered a medical marijuana dispensary, I nearly panicked. The idea of buying weed in a “store” wigged me out. The fifth time I visited, my only emotion was annoyance that the strain I sought had sold out. Ditto the effect of visiting an indoor pot farm. The first time’s a sensory overload. The 10th time, it’s like touring a cornfield. Marijuana plants are not as alluring as rubies nor as scary as anthrax. They are vegetable matter.

2. This Stuff Stinks. You’ve smelled the smoke. But the raw plant itself is shockingly pungent. After every visit to a pot farm, my jeans and shirt went straight into the washer. When I transported legal product, I often had to air out my Subaru and spritz a little Febreze on the seats. Eventually I wised up and bought Stink Sacks, which are specifically engineered to contain the funk. How strong is the smell? Stink Sack’s major competitor is a company that makes trash bags to contain the scent of soiled diapers.

3. It Is Possible To Go Broke Selling Weed. Scoring a state license to peddle pot is not a permit to print money. It’s like any other retail business. Product quality matters. Price matters. Store ambiance and customer service matter. Location really matters. Stonehenge Cannabis, a pot store in Lyle, Washington, is going out of business because it’s starving for customers. Where in the world is Lyle, Washington? Exactly. Meanwhile a shop called New Vansterdam is selling more weed than any other store in the state. Where’s it located? In Vancouver, Wash., directly across the border from Portland, Oregon.

4. Medical Marijuana Is Not a Hippie’s Delusion. This may be the most radical shift in my thinking. I went into the writing of Weed the People half-assuming that medical pot was a scam designed to give stoners easy access to weed. I was wrong. I spent months poring over peer-reviewed research, unearthing government reports, and talking with patients and doctors. For many people struggling with epilepsy, PTSD, chronic pain, and glaucoma, the stuff really is a godsend. And the science is starting to catch up to their anecdotal reports. The next 10 years will see an explosion in cannabinoid science, and we’ll all benefit.

5. Tommy Chong Is Everywhere, Man. Speaking of hippies: Over the two years I spent covering the legal pot industry, I kept bumping into the latter half of Cheech & Chong. We met backstage at a concert in Tacoma, at the Denver Cannabis Cup, at a coffeehouse in Boulder, at a hotel restaurant, and at a dispensary in Seattle. With the advent of legal weed, the 76-year-old comedian and pot pioneer is roaring into the business. His licensed brand of marijuana is now in recreational stores in Washington state, and he’s aiming to go nationwide as other states turn legal. Here’s the funny thing. At 76, the guy looks the picture of health: strong, tan, rested, and always ready with a joke and a laugh.

“Weed the People, the Future of Legal Marijuana in America,” from TIME Books, is now available wherever books are sold, including Amazon.com, Barnes & Noble and Indiebound. 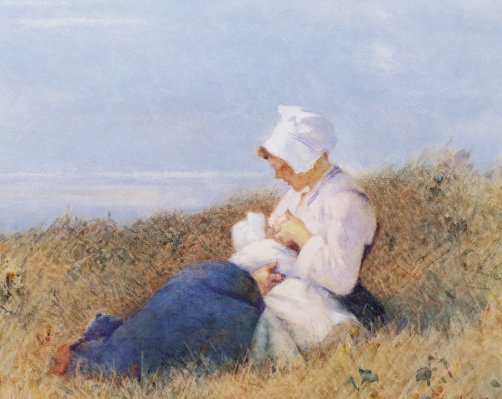 How Doctors of the Past Blamed Women for Breast Cancer
Next Up: Editor's Pick