How One South African Entrepreneur Hopes to Make Millions From Maggots

A worker holds up fly larvae waiting to be harvested at the AgriProtein project farm near Cape Town, in 2014.
Mike Hutchings—Reuters
By Aryn Baker

When Jason Drew plunges his hand into a seething mass of three-day old maggots, it is with the contentment of a farmer inspecting his thriving flock. His latest venture, AgriProtein, based in a sprawling, newly built factory farm on the edge of Cape Town’s international airport, is already showing signs of exponential growth. In just a few weeks, when the last of the cages have been installed, the feeding machines put in place and the processing equipment up and running, he expects to have 8.5 billion head of Hermetia Illucens on site on any given day. Translated into English, and dollars, that would be about 22 tons of Black Soldier Fly larvae a day, worth some ten thousand dollars once they are processed, pressed and dried into granules destined for chicken farms and aquaculture plants. But Drew isn’t just doing it for the money. He believes that flies will save the world. He is not alone.

By 2050, the world’s population will increase by two billion people. Demand for animal protein to feed that nine billion will increase even more quickly, as rising incomes from India to Africa mean a greater demand for beef, pork, fish and chicken. The Food and Agricultural Organization of the United Nations (FAO) calls that the “animal protein crunch.” Drew calls it an investment opportunity. The industrial farming of meat is an inefficient process that requires protein, often in the form of small fish harvested from increasingly depleted seas. It takes a minimum of 1.5 kilograms of fishmeal make one kilogram of farmed chicken meat, a scandalous plundering of the ocean’s limited resources that threatens the entire marine ecosystem. “We are fishing out the ocean to feed our pigs,” says Paul Vantomme of the FAO. “That not a wise long term solution.” Or, as Drew puts it, “if chickens were meant to eat fish, we would call them seagulls.” What chickens do eat, he says, is bugs and larvae. So why not feed them what they are meant to eat?

Seven years ago Drew came up with the deceptively simple idea of farming flies to supply a fishmeal alternative to chicken and fish farms. He was inspired, in part, by the sight of a vast pool of blood collecting behind an abattoir near his family farm. It was swarming with flies. Flies are nature’s housecleaners, feasting on organic waste that would otherwise become a breeding ground for disease. With the support of his brother and the help of an entomologist at South Africa’s Stellenbosch University who was working on the idea of fly-driven “bio-recycling,” he developed a program that would take food waste from Cape Town’s hotels, grocery stores, restaurants and abattoirs to feed and breed flies.

He sold his family farm in South Africa’s lush wine country to invest $2.6 million in research and development. Once his idea started gaining traction (a 2011 TEDx talk helped), he attracted another $11 million in investment, enough to build his new factory farm — he expects to be cash flow positive within five months — and launch a global expansion. New branches are in the works in North America, Latin America and Europe as well. He estimates that there is a market for some 2,500 fly farming factories of his size around the world. Food experts agree. “From a practical point of view, farming insects appears to be one of the most interesting protein alternatives for getting food on the table of a growing global population,” says Vantomme of the FAO. “It is economically viable. The only thing missing is scale.” Vantomme says global need for animal protein — fishmeal or its alternatives — is in the “millions of tons per year.”

AgriProtein is ready for the challenge. One female Black Soldier Fly, the breed of choice for AgriProtein, lays about 1,500 eggs. One kilogram of fly eggs produces 380 kilograms of larval protein in just three days. In ten days nearly two thirds of those microscopic white eggs will have hatched and grown into a squirming mass of centimeter-long larvae. “The Black Soldier Fly maggots are incredible bio-converters, very efficient at converting food into maggot, which is fantastic for industry,” says AgriProtein’s head of Research and Development, entomologist Cameron Richards.

Once they reach the brown-shelled pupae stage — that’s the equivalent of a chrysalis for butterfly lovers — they are ready to be harvested, a process that involves pressing, crushing and drying. At that point the so called “mag-meal” is ready to be shipped around the world at about half the cost of traditional fish meal, which currently cost about $2,000 a metric ton on the global commodities index.

Not only is the food waste that goes to feed the flies free of cost, keeping it out of landfill, where it would otherwise create green-house-gas-increasing methane and pollute the water supply, it does a good turn for the environment. “We take it for granted that we need to recycle our paper glass and tin. It will be come increasingly evident that we also need to recycle waste nutrients, whether it be food waste from supermarkets or abattoir waste from industrial slaughterhouses,” Drew writes in his short book, “The Story of the Fly, and How it Could Save the World.” At full capacity, Drew expects his larvae to go through 100 tons of food waste a day. And unlike runoff from traditional fish, chicken or pork farms, fly feces makes for rich compost ready for agricultural use. Unlike common houseflies, which can spread disease, “Black Soldier Flies are not known as disease vectors, they do not bite nor do they carry pathogens like on their feet and mouthparts,” says Frederic Tripet, an expert on insect-spread diseases at Keele University’s Centre for Applied Entomology and Parasitology in the United Kingdom. Nor does fly farming create noxious gasses that might drive down property prices. The air in AgriProtein’s incubating rooms (where the doors have signs admonishing visitors against making noise: “This is a QUIET ZONE. Flies mating!) smells vaguely of rotting meat, but it’s not enough to want a gas mask.

Getting from the theoretical to the practical of farming flies was an arduous process of trial and error, says AgriProtein’s entomologist Richards. Flies are picky about how they breed and lay eggs, and the AgriProtein team had to figure out how to get flies, who prefer to breed in the summer and lay eggs only at specific times, to adapt to the needs of a 24-hour, 365-day-a year industrial process. “As with any biological process, the problem is up scaling,” says Richards. “In nature things work on a small scale. As soon as you want to increase that to industrial size, unforeseen problems come to the fore” — like the fact that maggots overheat when there are too many feeding at once. The solutions to those problems are a tightly-held secret. AgriProtein may be a pioneer in the field of industrial fly farming, but competitors in China and Europe are already catching on. Drew isn’t the only one to see money in maggots. 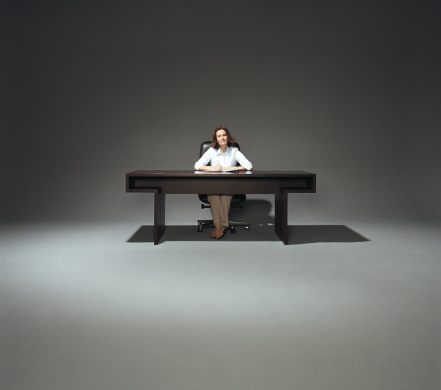 3 Steps for Making It Work With an Incompetent Interviewer
Next Up: Editor's Pick