As they destroy antiquities and capture cities, ISIS fighters have also been engaged in a systematic campaign of rape and sexual violence against Yezidi women and girls in Iraq and Syria, according to a Human Rights Watch report released Wednesday.

According to the report, the widespread rape of girls and women from the Yezidi Christian minority group—is part of a organized system of abuse that includes slavery, forced marriage, and giving girls as “gifts” to different men. According to a recent U.N. report, about 3,000 people are currently in ISIS captivity, many of them Yezidi women. Last year, ISIS published an article that lays out its defense of sex slavery on religious grounds, despite the fact that sex slavery is condemned by the international community. “The confluence of crises wrought by violent extremism has revealed a shocking trend of sexual violence employed as a tactic of terror by radical groups,” U.N. Secretary-General Ban Ki-Moon said earlier this week.

One 20-year-old Yezidi woman told Human Rights Watch that ISIS held her and about 60 other women in a wedding hall in Syria, to be raped at will. They were told to “forget about your relatives, from now on you will marry us, bear our children, God will convert you to Islam and you will pray.” Here’s how she described the scene:

As horrific as these stories are, they’re not quite new. Human Rights Watch published a similar report detailing ISIS’s forced marriages and conversions of Yezidi people last year, which focused less on specifically sexual abuse and more on widespread devastation of Yezidi communities. Still, international outrage has done little to stop the violence. “People feel quite powerless in the face of a group like ISIS,” says Liesl Gerntholtz, Human Rights Watch Executive Director for Women’s Rights. “Traditional tactics like naming and shaming just don’t work for them.”

ISIS is not the only Islamist militant group to use sexual violation as a tool of terrorism. This week marks the one-year anniversary of Boko Haram’s kidnapping of over 200 schoolgirls from a school in northeast Nigeria. Based on how Boko Haram has treated other female captives, many fear that the schoolgirls have been forced into marriage or sold into sex slavery. Shortly after the kidnapping, Boko Haram leader Abubakar Shekau boasted that he had taken the girls and planned to “sell them on the market.”

More: Boko Haram Has Fled But No One Know the Fate of the Chibok Girls

But despite the atrocities, there is a glimmer of hope in the latest report on ISIS and the Yezidi women. Yezidi religious leaders have issued statements welcoming abused Yezidi girls back into the community after they escape from their captors, a move that may ease the widespread social stigma against girls who have been victims of sexual assault. “That is unusual, and for me personally, that was a heartwarming part,” says Gerntholtz. “They need to be accepted back, they need to be supported. This was very important and very influential to make sure there were no honor killings or honor-related violence.” 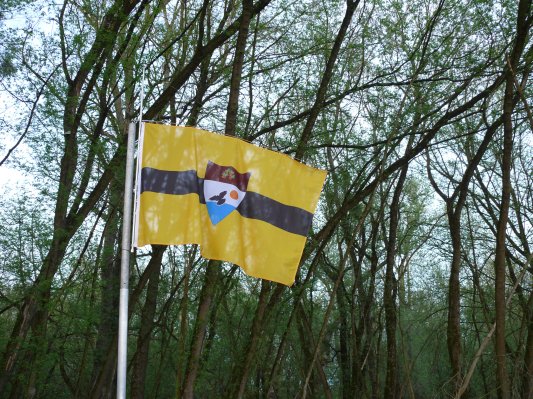 This Man Just Founded a New Country in Europe
Next Up: Editor's Pick