Tylenol Dulls Your Emotional Pain, Too

Popping Tylenol to soothe an ache is second nature to many of us. But what do you take for heartache? A new pair of studies suggests that the painkiller might blunt responses to emotional pain, too.

In one study, researchers from the Ohio State University Medical Center gave 80 people either a placebo or 1,000 mg of acetaminophen —the active ingredient in Tylenol and the equivalent of two extra-strength Tylenol. After waiting an hour for it to kick in, the researchers showed them a series of emotional images on a computer screen and had them rate how much emotion they felt from each picture: from happy images like cute, cuddly kittens to negative images like gory car accidents and snakes, to neutral images like a filing cabinet. Study author Baldwin M. Way, PhD, assistant professor in the department of psychology and Institute for Behavioral medicine Research at the Ohio State University, says he was surprised by what he saw. “It turned out Tylenol blunted that or reduced that by about 20% compared to people who were on placebo rating the same images,” Way says.

The next step was to figure out if the drug was blunting responses to absolutely everything—or just emotional responses. They repeated the experiment testing reactions to color saturation. When they found no difference in how the two groups observed the intensity of color, they concluded that the drug was only interfering with emotionally charged information.

This isn’t the first study to show that the drug might be tinkering with our emotions. Previous research has shown that when people take acetaminophen for three weeks, their feelings get hurt less when they are socially rejected. That could be because pain is pain; whether it comes from a bump or a break-up, pain seems to travel through the same neurochemical pathways. In another study published in 2013, people who took acetaminophen thought about their own death less negatively than those who weren’t on anything. And a study this year found that when faced with a tough choice, acetaminophen helps dull the discomfort.

Acetaminophen works on several different levels in the body in ways scientists aren’t entirely sure about yet. But Way suspects it involved the insula, an area of the brain that responds to both positive and negative emotions and creates emotional significance. “When you have a pain response—when you put your hand on a hot stove for example—your brain needs to know which body part is getting hurt or wounded so you can react,” Way says. “But there’s also another part of your brain that needs to know the emotional response: the ‘ouch.’” That’s where the insula comes in, Way suspects. “It seems to register that this is painful, that this hurts and that this has an emotional element to it. What we think is going on is that the emotional component of pain—the ‘ouch’—is being blunted by acetaminophen.” Another way Tylenol may dull emotional pain is that it could be acting along the same anti-inflammatory pathway to the brain, he suspects.

“What this all means and how it affects people in daily life is an unknown question, of course,” he says. Way and his colleagues are currently running a trial with psychiatric patients to see if acetaminophen may have a therapeutic benefit.

More research is needed. But Way thinks that all kinds of drugs besides acetaminophen may be having effects on our emotions. “When a drug goes through clinical trials, they test it for its safety on things like, ‘Does your liver work?’ or ‘Is it causing your blood vessels to explode?’” he says. “But what’s never assessed in those studies is behavior and psychological processes…so one has to wonder, are these drugs that people are taking for a variety of different reasons having brain effects? There might be more widespread psychological and behavioral effects than we currently appreciate.” 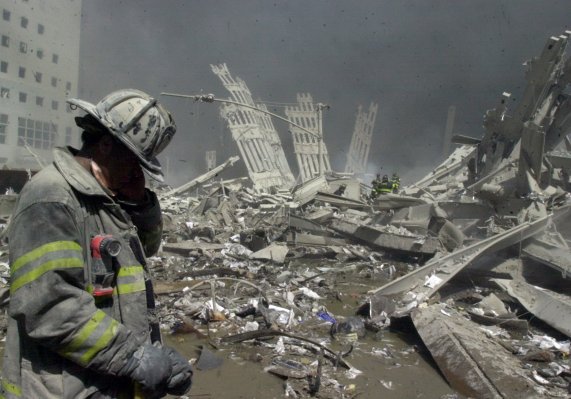