In the second trailer for the sequel released Thursday, Harrison Ford makes his first onscreen return as Han Solo since the original trilogy’s Return of the Jedi premiered in 1983.

The promo clip for Star Wars Episode VII: The Force Awakens premiered today at the 2015 Star Wars Celebration in Anaheim, Calif. In addition to original cast members, the trailer offers glimpses of new characters as well: Daisy Ridley as Rey and John Boyega as Finn, who are seen running on a desert planet in the trailer.

The original trilogy’s protagonist Luke Skywalker, played by Mark Hamill, narrates the beginning of the trailer, but does not appear in the clip. Absent as well is Princess Leia, played by Carrie Fisher.

The Force Awakens, the seventh installment in the series, will be in movie theaters Dec. 18. 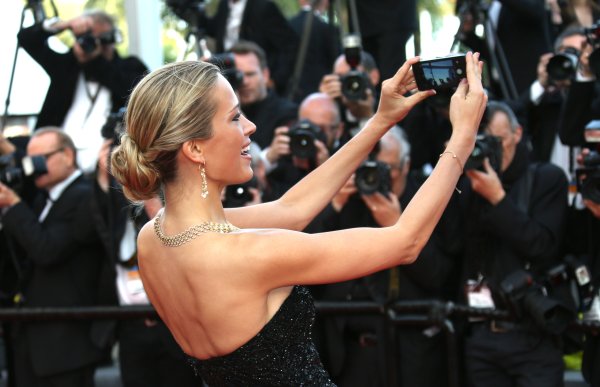