Crickets are often trumpeted as the future of food, an edible, eco-friendly solution to a some-day protein shortage that livestock just can’t fix. Even the United Nations promotes insect-eating as a promising, protein-packed way to feed the 9 billion people that will live on earth in 2050. “A benefit of insects as an alternative animal protein source is that they can be reared sustainably on organic side streams (e.g. manure, pig slurry and compost),” their report reads.

Because insects emit far fewer greenhouse gases than livestock and consume way less water, they have a comparatively tiny ecological footprint, and they’re thought to thrive on basically anything, even organic waste. That last point sums up the main ecological appeal of eating insects; growing the grain used in animal feed takes up huge water and energy resources.

But do crickets really have the potential to be the new beef? Not yet, according to a new study published in the journal PLOS ONE. When researchers raised crickets on several different diets and tried to see how much protein they could squeeze out of them, they got some disappointing results: just not a whole lot of protein.

In the experiment, researchers raised crickets on one of five different diets. They replicated each diet three times and harvested the crickets after two weeks. One group ate corn-, soy- and grain-based feed, while others survived on food waste or crop residue. The researchers measured how big the crickets grew and how much edible protein they produced.

Diet made a huge difference, the study authors found. Those that ate a diet of processed food waste had feed and protein conversion rates no more efficient than that of chickens. Nearly all those fed straight food waste died before they could be harvested. And the most successful crickets were those that ate a grain-based diet similar to what most poultry eat. They had a 35% protein conversion rate, which is only slightly better than chickens.

So even if the whole world took a page out of Mexico’s cookbook and developed an appetite for chapulines—crunchy fried crickets—the small protein payoffs may not even be worth it if we’re feeding them what chickens eat, the authors suggest.

“I think the sustainability claims on this topic have been overstated given the current state of knowledge,” wrote study author Dr. Mark Lundy of the University of California Division of Agriculture and Natural Resources in an e-mail.

Even if they can’t survive on as many organic sidestreams as we originally thought, Lundy doesn’t think that insects are out of the running as the future of food.

“I’m all for exploring alternatives, and I am impressed by the amount of innovation that has sprung up around insect cultivation and cuisine in the last few years,” he says. “However, I also think we need to be clear-eyed about what the sustainability gains are and aren’t, and focus our innovative efforts and limited resources to where they will have the most lasting impact.”

Swapping chickens for crickets–while feeding them the same thing—is unlikely to make a real difference. “Insect cultivation is more likely to contribute to human nutrition at a scale of economic and ecological significance if it does not rely on a diet that competes with conventional livestock,” he says, “but more innovation is needed for this to become a reality.” 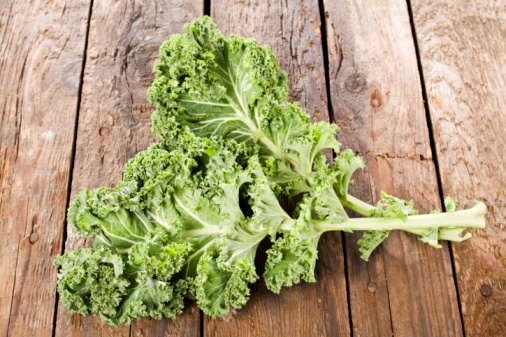