Chelsea Clinton Gets Ready to Take the Stage

Former U.S. Secretary of State Hillary Clinton and daughter Chelsea Clinton are viewed in the audience as U.S. President Barack Obama, who is in New York City for the 69th Session of the United Nations General Assembly, speaks at the Clinton Global Initiative on September 23, 2014 in New York City.
Spencer Platt—Getty Images
By Sam Frizell

Shortly after a ferocious earthquake rocked Haiti in January 2010, Chelsea Clinton arrived near Port-au-Prince. With a small group of health workers she toured a makeshift camp where the newly homeless slept under tarps and hastily built tents and used open latrines.

“Her father would probably kill me,” Dr. Paul Farmer, the renowned global health worker who accompanied Chelsea, told TIME. “I don’t think he would have been happy with me taking her into a crowded camp.” Chelsea then advised Farmer to set up a hospital to train Haitian doctors and nurses, quietly helping connect the hospital with logistical support and international aid. “She’s a good person to have around you in a bad situation,” Farmer said.

To date, Chelsea Clinton’s forte has been outside the spotlight, working with people like Farmer and international charities. At the Clinton Foundation, where she is now vice chair, she has a reputation as a data nerd who will dig into briefs to see if money is being spent efficiently and effectively. Aside from campaign appearances for her mother in 2008 and a stint at NBC News, she’s done most of her work away from the public eye.

That’s about to change. As Hillary Clinton launches the largest Democratic presidential campaign in American history, her daughter will be close by. Democrats say that Chelsea will give a big boost to the campaign, making her mother seem more approachable and adding a valuable surrogate spokeswoman.

“She’s definitely someone I expect will be in the center of the room and commanding an audience in a way she may not have wanted to eight years ago,” said a source close to the campaign. “She’s obviously grown up a lot since 2008.”

Chelsea has experience on the stump. Her part in the 2008 campaign began when she quit her job to represent her mother’s on the trail, eventually doing more than 400 events in 40 states over the course of five months, she said in an interview with TIME in 2012. As a liaison between her mother and millennial voters, Chelsea said the experience reminded her “that politics has to be part of any solutions for the future,” she later recalled, and that “everyone needed to participate and have their voices heard at the ballot box.”

As 2016 approaches, however, Chelsea’s role will likely grow. She’ll be in demand during the campaign: Americans increasingly want female candidates to talk about their families, according to the Barbara Lee Family Foundation, a nonpartisan group that researches women in politics.

“It’s believable and real when you’re talking about your kids and grandkids,” said Adrienne Kimmell, executive director of the Barbara Lee foundation. “Voters connect with that.”

Hillary appears to have taken note, and has discussed her family often in the recent months. “I have a new granddaughter, and I want her to have every opportunity. But I want every child in our country to have every opportunity,” she said at a campaign stop this week in Monticello, Iowa, on Tuesday. “And that’s one of the main reasons that I decided to run.”

With her mother likely to focus on her family and her personal life more in this campaign than eight years, Chelsea will be a key voice. The mother-daughter duo’s connection on stage is apparent: Hillary calls her daughter “Chels,” and Chelsea feels comfortable correcting her mother. Chelsea’s natural connection with younger voters makes her an important complement on the campaign trail to her 67-year-old mother. Emily Lobbato, a 22-year-old who saw Chelsea and her mother at an event last month, says “Chelsea and Hillary remind me of me and my mom.”

Since 2008, Chelsea has also played an increasingly active role in the family business. She has become a force at her family’s $2 billion philanthropy, the Clinton Foundation, appearing on stage at a number of events. Behind the scenes, she advocated for a data and metrics office, as well as a partnership with the high-end data company Palantir, a stats review to help inform Foundation projects. She also pushed for organizational overhauls and implementing a 2011 Simpson Thacher review recommendations for tighter fiscal oversight.

Eric Braverman, recently CEO of the Foundation, worked previously with Chelsea at the consultancy McKinsey & Company. She’s also ruffled some feathers along the way, primarily the old guard at the Foundation who saw Chelsea as the face of change as it expanded. In 2013, the foundation was renamed the Bill, Hillary and Chelsea Foundation.

“Chelsea has her own background and her own political savvy,” said Democratic strategist Celinda Lake. “She’s part of the multi-generational Clinton story. She’s a major asset.”

Much like her mother, Chelsea is a private operator, eschewing media attention except in controlled scenarios. The account of her visit to Haiti in 2010 with Farmer was never reported, and neither has much of her humanitarian work with the Foundation. During the 2008 campaign, she mostly stuck to a script and avoided speaking to reporters at campaign stops. In one case, she even refused a question from a nine-year-old reporter from Scholastic News. “I’m sorry, I don’t talk to the press and that applies to you, unfortunately—even though I think you’re cute,” Chelsea said at the time.

If Chelsea is vulnerable to criticism, it’s an essentially Clintonian one: however committed to public service she may be, she lives a protected life. She and her husband Marc Mezvinsky, a hedge fund manager, bought a Manhattan condominium for reportedly over $9 million. She earned a $600,000-per-year salary working as a correspondent at NBC News, and her and Mezvinsky’s wedding reportedly cost $5 million.

But if some criticize the Clintons for being too cozy around wealth and power in Washington and New York, Chelsea has so far appeared to escape such scrutiny, in part because she has learned to play the public-facing side better.

In an unscripted moment at a Clinton Foundation event in Miami, Chelsea mentioned a study that shows there are more men named John, Robert, William or James on corporate boards than there are total women corporate directors. Upon hearing that statistic, Hillary, who was on stage with Chelsea, joked, “sounds like we need to change our names!” Chelsea emphatically cut in to raucous applause: “No, we need to change the system.”

Michelle Bernardino, a 24-year-old student who attended the presentation said afterwards, “That’s what sticks with me,” Bernardino said of Chelsea’s role. “That it’s about changing the institutions.” 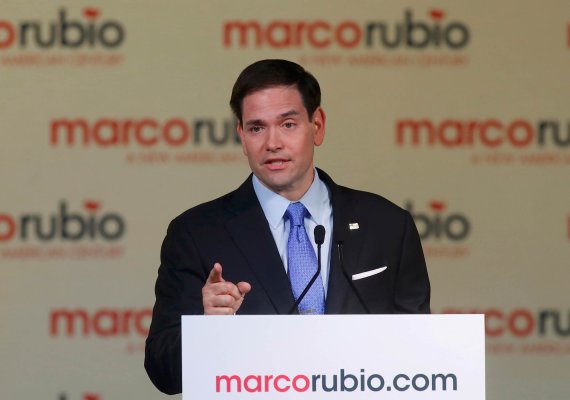