Why Some Cancer Patients Are Losing Their Fingerprints

Fingerprints are the ultimate way to tell one person from another—they’re unique, permanent and seemingly immutable.

But a 65-year-old woman was denied service at a bank recently when she showed up without fingerprints, according to a report in the New England Journal of Medicine. The woman, a breast cancer patient, is one of a small group of people who have lost their fingerprints as a result of chemotherapy drugs.

The loss of fingerprints is the extreme version of a common ailment known as Hand-Foot Syndrome, which afflicts more than half of patients taking some cancer drugs. Typical symptoms of Hand-Foot Syndrome include redness and swelling on the hands and feet.

It’s hard to say exactly how many people experience fingerprint loss as a result of Hand-Foot Syndrome, but the number represents a small fraction of patients with the ailment, says Massachusetts General Hospital oncologist Don Dizon, an expert at the American Society of Clinical Oncology who was not involved with the report.

In this case, a situation at the bank revealed the fingerprint loss and the doctors explained the circumstances to the bank. But many cases likely go unreported because most people don’t need to use their fingerprints in day-to-day life, Dizon says. Many of the known cases of fingerprint loss have been discovered at United States Border Patrol stations that require fingerprints, he says.

But since fingerprints are increasingly being integrated into cell phone use and identification technology, we might see fingerprint loss more and more, says Dizon.

Because Hand-Foot Syndrome is a side effect of a lifesaving drug, most doctors largely treat the symptoms. Dizon recommends patients chill their hands and feet to reduce swelling. For most people, hands and feet will return to their normal condition once they’ve stopped their chemotherapy treatment. But there’s no answer from current literature about whether fingerprint loss can ever be reversed.

“I’m not sure,” Dizon says about whether or not a patient can get fingerprints back. “You would need to study these patients a little longer.”

Read next: Smokers Don’t Think a Few Cigarettes Will Harm Their Health 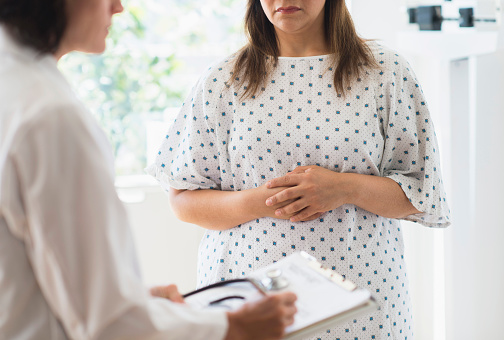 What to Do If You Have a Cancer Scare
Next Up: Editor's Pick